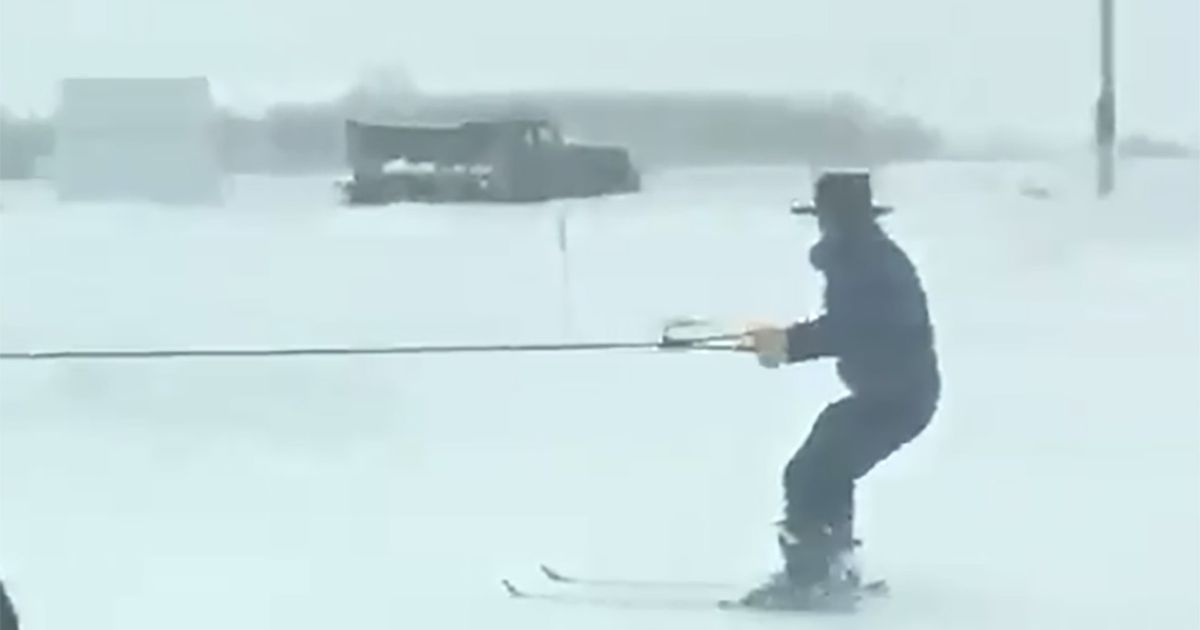 Skiing is apparently more fun when there’s a horse involved.

Jennifer Staggemeyer was driving through Harmony, Minnesota when she spotted what she thought was a horse and buggy stuck on the side of the road. Upon closer inspection, it turned out to be a man on skis being pulled by the seemingly driverless buggy.

OH BUGGY: At least some of us are enjoying this snow. Check out this Amish man SKIING behind his horse buggy! Thanks to Jenn Staggemeyer, of Waukon, for capturing and sharing this! pic.twitter.com/kG2VZrHajq


Clearly, this wasn’t the man’s first highway ski sesh, as he gracefully handled the bumpy banks of snow with ease.

“The Amish think of everything. When not boating with skis, they are using the snow instead! We were hoping he had a spotter because what if he wiped out? No one would know,” Staggemeyer told local NBC affiliate KWWL.

Just like Staggemeyer, we’re wondering how he managed to keep his hat on his head.