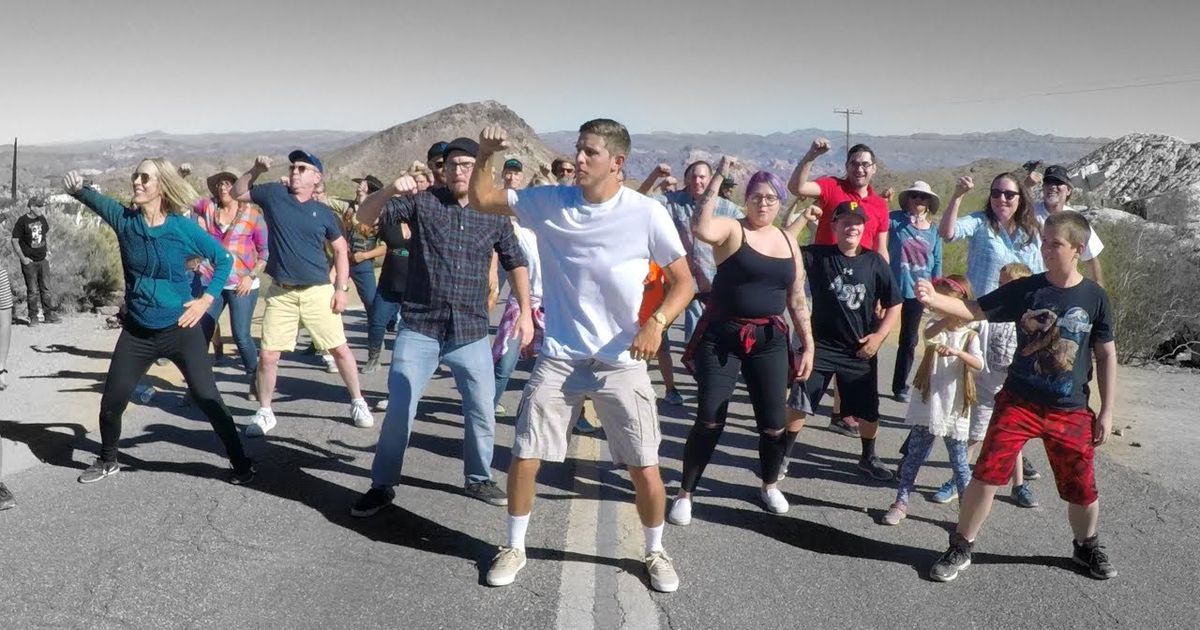 “This video was literally just me flying to a country by myself, walking up to strangers in a cool spot I wanted to film at, and asking them if they would be willing to dance with me,” said Bray, explaining the process. “There was no big production behind this or any organization.”

Despite having never traveled outside the country before, Bray pushed through feeling “nervous or uncomfortable” when walking up to strangers to film a complex dance, and came out the other end with “by far, the most rewarding video.”

One of his favorite moments came when he was shooting in Japan.

“I walked up to a couple, and they said they didn’t speak any English after I pitched them the idea of dancing with me. I turned around to walk away and the guy called me back and pulled up Google Translate on his phone,” Bray said.


“He translated it over so him and his girlfriend could understand, and they laughed once they figured out what I was asking. Then I was able to teach them the move and get them in the video to dance with me.”

When asked what he hoped to achieve with “1000 People of Dance,” Bray explained his ultimate goal was just to have fun traveling the world and make people laugh or smile.

“If there is an opportunity where I can create something that will make a bunch of people smile, then I will do whatever it takes to create that thing without a second thought.”

Maybe it is possible for us all to come together, if only for just a song and a dance.