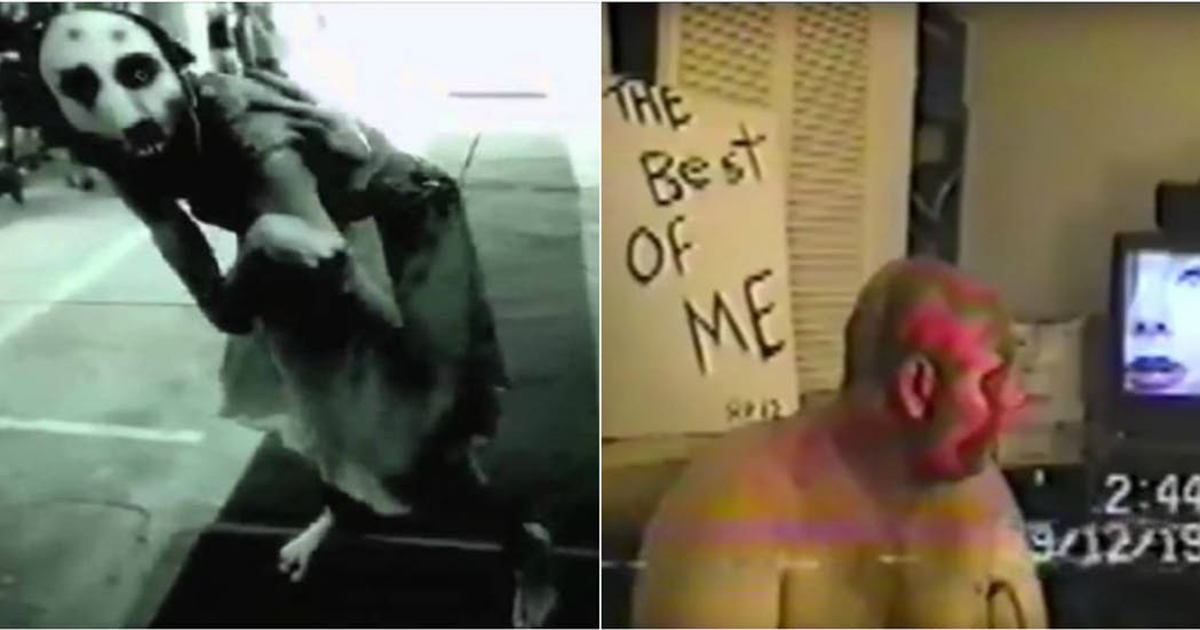 Found footage is something you typically see in films. It has become a popular genre of horror films. Films like Paranormal Activity and The Blair Witch Project got their fame from making a film completely comprised of found footage. The term found footage refers to hand held or otherwise low quality footage that was found after an incident happened. These incidents usually end in the original owner of the camera losing the camera and it provides context to what happened.

This makes for a great movie genre, but it’s become more and more oversaturated in the horror movie genre. However, these videos showcasing real found footage tapes are anything but overplayed. These tapes are subject to provide information on what happened to people moments before they lost their lives or disappeared. They are usually filmed with low quality cameras and are typically filmed in a first person perspective. This provides an extra creep factor, because it makes the viewer feel as though they are actually in these situations.

Tapes like these are found every day, but they are usually turned in to police or forgotten about. However, on several occasions these tapes will be released to the public to help provide names to faces that committed crimes. They also serve as a good way to see what not to do in life…

The Paris Catacombs are home to over six million human remains that make up the walls of the catacombs. The catacombs are a tourist attraction nowadays. Certain spots of the catacombs are blocked off from public exploration and for good reason. However, this doesn’t stop many from going anyway. An old video camera was found when a group of explorers were walking through the dark hallways.

The cameraman films his experiences first hand, as he explores the empty catacombs. He explores for about forty minutes, then things take a turn for the worse. The man filming begins to walk faster and faster, and you can tell he is becoming anxious as he loses his way. He eventually drops the camera, and we can see his feet as he runs off, never to be seen again.

Two men took a private airplane to make their way through Colorado, back in the ’80s. However they never arrived. Three years later, the crash site of the plane was found by a few backpackers, and they immediately reported it to proper authorities. Among the rubble, investigators uncovered footage of the crash. It was recorded on an old VHS camera, and captured the two men’s last moments alive.

The tape was badly damaged, however the authorities were able to piece it back together, so they could view it as proper evidence. From the video, investigators concluded that the pilot didn’t take into the account the rising terrain, and it ended up costing their lives. The pilot attempted to turn right, but the engine stalled resulting in them losing altitude. The most chilling part of this footage is when you can hear the pilot yelling to his friend to hang on moments before the plane crashes… 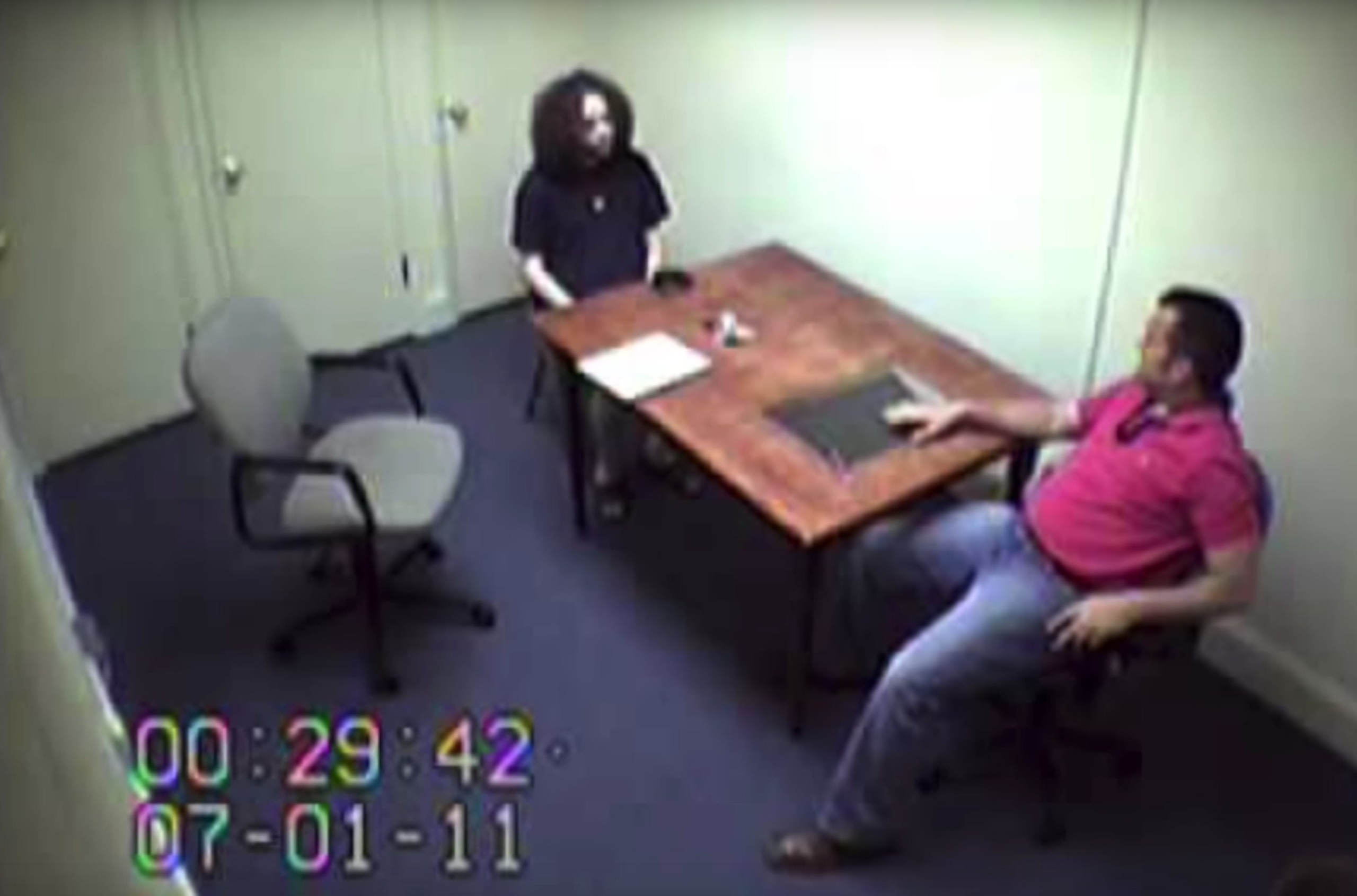 Stephen McDaniel was in a law class at his local college with his friend Lauren. However, Lauren didn’t realize just how friendly Stephen thought they were. Stephen developed a dark obsession with Lauren that would end in tragedy. For several months, Stephen was filming Lauren through her window, using a six-foot long stick. Stephen was becoming anxious as graduation was approaching, and he couldn’t bare the fact that he might never see her again.

Stephen broke into Lauren’s apartment wearing a mask and gloves. He hopped on top of her and grabbed her throat. She was able to rip off the mask revealing it was Stephen, and she was pleading that he stop. He kept choking her for over fifteen minutes, until she took her last breath. Stephen turned himself in, and video evidence of his stalking was retrieved from his computer. Stephen was sentenced to life without parole.

In 1989, an overheated car pulled over to the side of the road to do repairs. The man and his son decided to walk to the nearest gas station to phone for help. This is when he noticed a jacket, with a VHS tape hidden underneath it. The VHS tape wasn’t labeled, and out of curiosity the man decided to take it with them. When they got home, they popped it in the player, and decided to immediately contact police about it.


In the video, a man can be seen filming what appears to be a burning house, and he’s whispering to himself. The man in the video kept mentioning a name Omar, and investigators assumed it was some sort of revenge plot. Investigators went back to the spot where the VHS was originally found, and surprisingly it was still there. With the help of further evidence, they were able to determine two kids started the fire, and both were convicted. However, there’s still one question that remains… Who is Omar?

This video tape comes from an abandoned mine, where explorers are on the verge of creating the first ever urban exploration video. The abandoned mine was located in Utah, and there was a group of about 5-6 boys ready to explore it. They find a rope that leads down the shaft, and start investigating a way to get back up if they decide to descend into the creepy mines. The boys estimate the rope leads down about thirty feet, and one boy decides to take the plunge.

The boy grabs onto the rope, and begins to descend. Seconds later, the rope breaks, sending the boy down the empty shaft. The boy fell sixty feet, and the fall knocked him unconscious. However, miraculously he was still alive. He had to wait hours in a pitch black mine for emergency services to rescue him. This goes to show that you shouldn’t explore abandoned mines.

There’s nothing wrong with having a celebrity crush, and many people have one. However, it becomes a problem when that crush becomes an obsession. Ricardo was a man who was socially awkward, and instead of trying to date normal women, he spent his time obsessing over celebrities. One of the celebrities he fell in love with was an Icelandic singer named Bjork. He soon lost complete sense of reality, and fell into a deep obsession with the singer.

He kept a diary of strange fantasies about him and the singer, and the diary got up to 800 pages worth of writing. After finding out that Bjork was dating someone, he became angry, and decided to make a video diary about plotting his revenge. The footage all together reached lengths of 20 hours. He decided that he needed to kill Bjork since he couldn’t have her. He hollowed out a book, and made a homemade bomb to send to Bjork’s residence. After he sent the package, he made his last video diary wherein he took his own life.

In 2010, a twenty year old mother got into a stranger’s vehicle for a ride somewhere. After she got in that car, she disappeared and was never heard from again. A couple of years later, a tape was released of the woman talking to her kidnapper. The investigators thought instead of taking the woman to the north into the city, he decided to take her southeast, in the complete opposite direction.

The man on the tape was never identified, and police released the tape to the public in the hopes of tracking down the man who took her. The police refused to state how they got the recording. However, the woman was making a call to her brother during her kidnapping, who was in jail, and all phone calls are recorded in correctional facilities. There has been no updates on the story, and the man is still at large.