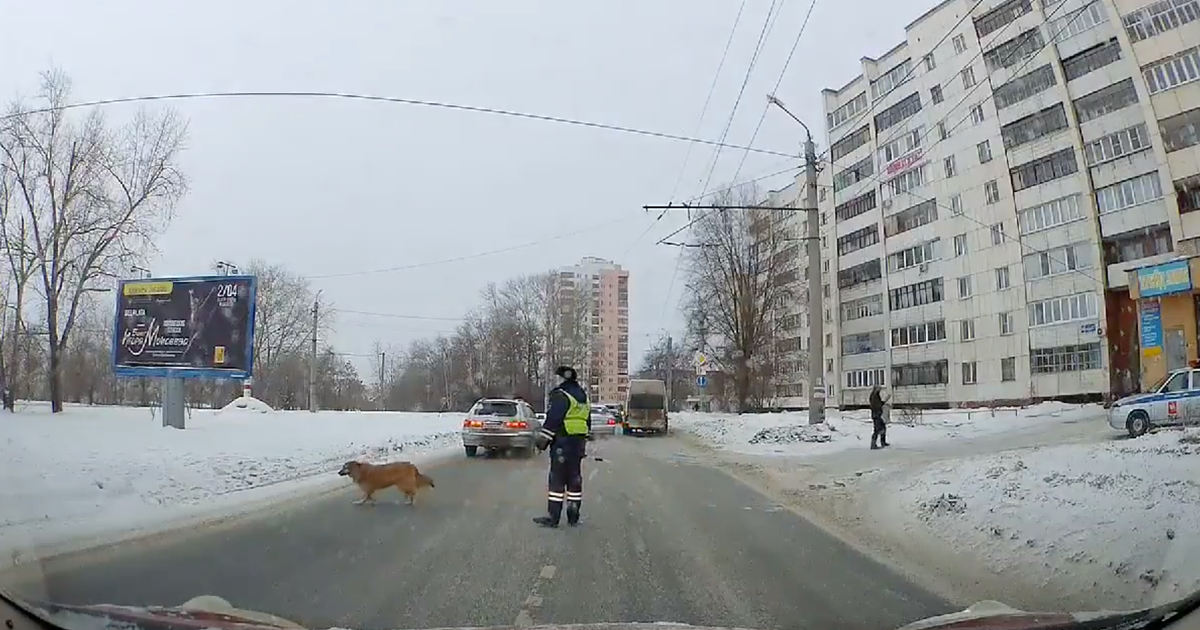 Unlike chickens, dogs crossing the road are a serious matter.

On a snowy day in Chelyabinsk, Russia, a dog waited patiently to be escorted across a busy street.

The incident, which was captured on a dashcam, shows a person in uniform approach traffic and guide the dog across the road. Once across, the dog goes on its merry way.


“Chelyabinsk is not so harsh,” Andrey Balam’s translated tweet reads.

With the evidence at hand, we’d have to agree.

Though jaywalking is usually seen as a crime, we’re sure this dog got off just fine.