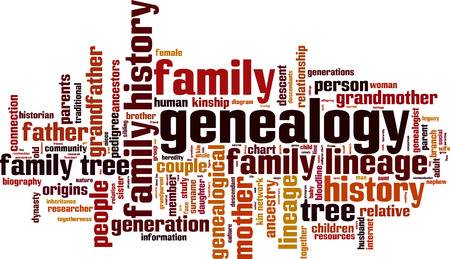 Most people wonder where they come from. They wonder how, where, when did their families start from. The question asked is, where we originally from this place we now call home? If the answer is no, then where did we come from? Now, some people would prefer not to know because, imagine you started digging and found that your family came in on the Mayflower, you find that they where originally from England and after digging further, you discover Jack the Ripper who terrorized London in the 1700’s in your family tree, Yikes! Cases like this is the reason some people have decided to leave their family trees alone and not shake it to find out what falls out.

Well, the bright side is, you could discover a whole new branch of your family that you did not know existed. Ancestry.com reviews have shown a good number of people have discovered some interesting lines in their family trees that got the whole family buzzing. There have been some surprises for people while for some there has been answers to questions that have plagued them for a long time. So, let’s find out some of those unexpected things that have fallen out of our family trees when we shook them.

At one time or the other we have all wanted to be able to perform a bit of magic. We wanted the ability to fly, be invincible, make objects fly into our hands or even hear other people’s thoughts. Although, during a dark time in American history, 20 innocent people where killed in Salem, an American town, after they where accused of witchcraft. 19 of them where hung and 1 was pressed. Truly horrible way to die. That aside, some people have found a surprise witch in their family tree even found that they were direct or even indirect descendants of the Salem 20. Not just Salem, but interestingly some people found they were descendants of even druids.

This is one thing that falls out of our family tree that we would love. Most people find out they come from somewhere else, some other part of the world or even some other state. Their great-great-great 26x mother or father maybe crossed oceans and seas to settle some place else. The most famous royals now is the British royal family and trust me that tree has a whole lot of roots that stretches hundreds of years and thousands of people. If you maybe heard a story from your great-grandma about how her great-grandma used to talk about their origin been from England, well, start tracing your family tree and you might just find out that you have an ancestor who was a knight because he was a 6th cousin once removed from the royal line of Britain. So, who knows the next time someone meets you, you would say my title is ‘Lady or Sir.


Sometimes shaking that family tree might be just what you need to uncover those answers to those questions you have. Some people have found out who their fathers, mothers where, where they came from and in the process found a whole now family that is just ready to embrace them. Well, on the other hand, they could also be this crazy, boisterous lot, who want to stuff you up with food at thanksgiving, meddle in your love life in addition to having an uncle amongst them who is trigger happy. Wouldn’t that be just crazy?

Yup, we all have them somewhere along the line. Now, remember when you start that trace, looking into those archives, birth and death records, visiting those small out of the way towns where grandma says you great-grandmother or father was born, you might just uncover the sordid side of your family tree. They might have been noble in their cause like Robin Hood, don’t we all wish? Or they might have just been outright rogues who where out to make a buck. Whatever the case, when you start shaking that family tree of yours, one or two or even a whole gang of this lot might just fall straight into your lap. But, look on the bright side, your Christmas day or thanksgiving dinner story is bound to leave everyone spellbound or shell-shocked.

This might be the stuff of fantasy but hey, we all love Game of Thrones. So, who knows, you might just be a descendant of some lost and forgotten mystical tribe that came from a whole different world either through a time portal that opened on earth or even a long, buried in the ice of the north pole spaceship. All, you have to do is start tracing.

So, there you have it. From the mundane to the totally exotic to the out of this world possibility. There is no doubt that your family tree has a whole lot of roots and branches that stretch further and go deeper than you would know. Famous writers, artists, presidents, witches, warlocks or even aliens, they could have existed within your family line and you might not know. Some people have found their stories to tell of the ancestors they have uncovered while tracing their line and it has lead to some really funny and interesting truths.