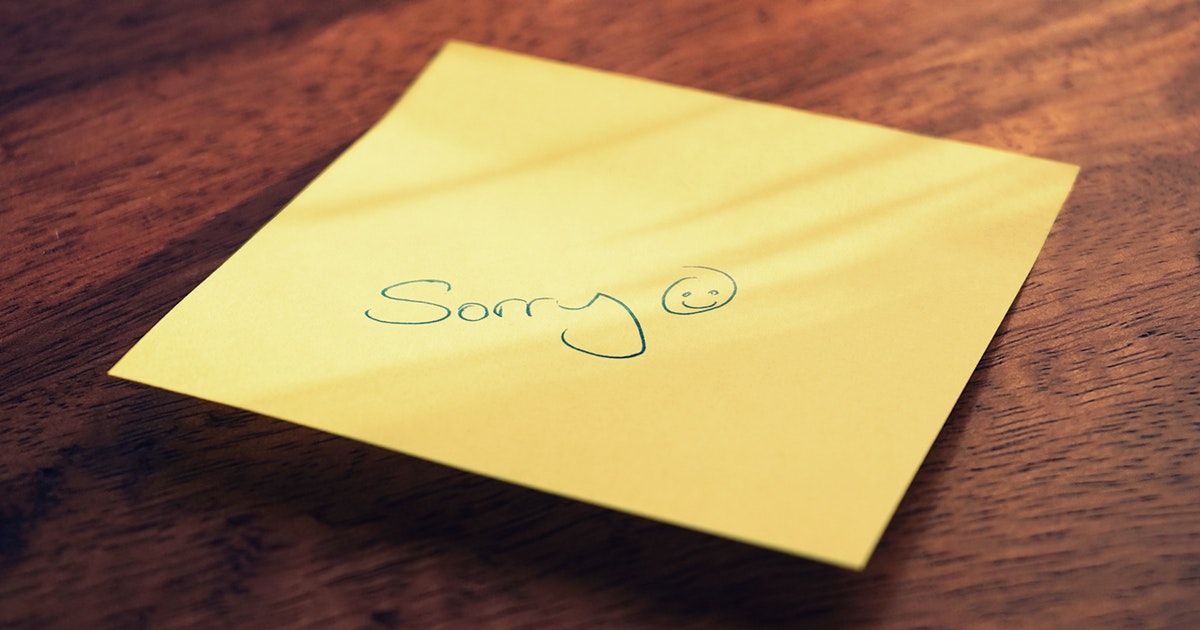 A Japanese bullet train arrives 1 minute late; the operator apologizes and issues pieces of paper to commuters to inform their superiors of the inconvenience. In this country, the word ‘sorry’ can be a window into Japanese culture that mirrors politeness, respect and morality.

Many people such as yourself marvel at the Japanese culture for being so polite and sensitive, observing that these traits are ingrained into the peoples’ DNA.

Why can’t other people apologize and be as sensitive as them? Being sincerely sorry and apologizing starts with you. Being on the wrong side of an argument sucks and saying sorry is not fun for most people. Being right and wrong is part of human nature; people in your life have probably wronged you and vice-versa.

Apologizing the proper way requires patience and sincerity, not an apology that feels pressured for the sake of it. Here are some points to consider when admitting your faults:

Apologizing at Work (The Right Way)


Being sorry in the workplace is similar to offending someone outside of it. Like in our personal lives, apologies don’t start with the word “sorry” and ends there; it should be thought out and explained.

Apologizing at work shouldn’t be a sign of weakness, but an act of maturity and responsibility.

When Someone Apologizes to You

When you’re sorry for what you just did, listening to an apology takes some maturity as well. Be prepared to listen to what someone has to say and take note of their tone and body language. If you’re being apologized to, it’s your decision to inform them if you need time to think things through or if you forgive them.

Aside from listening, be mindful as well of repeat offenders, especially in the workplace.

You don’t need to be Japanese to be polite and sincere in admitting your mistakes. At the end of the day, people, including yourself, make mistakes and have to learn and move on from them.