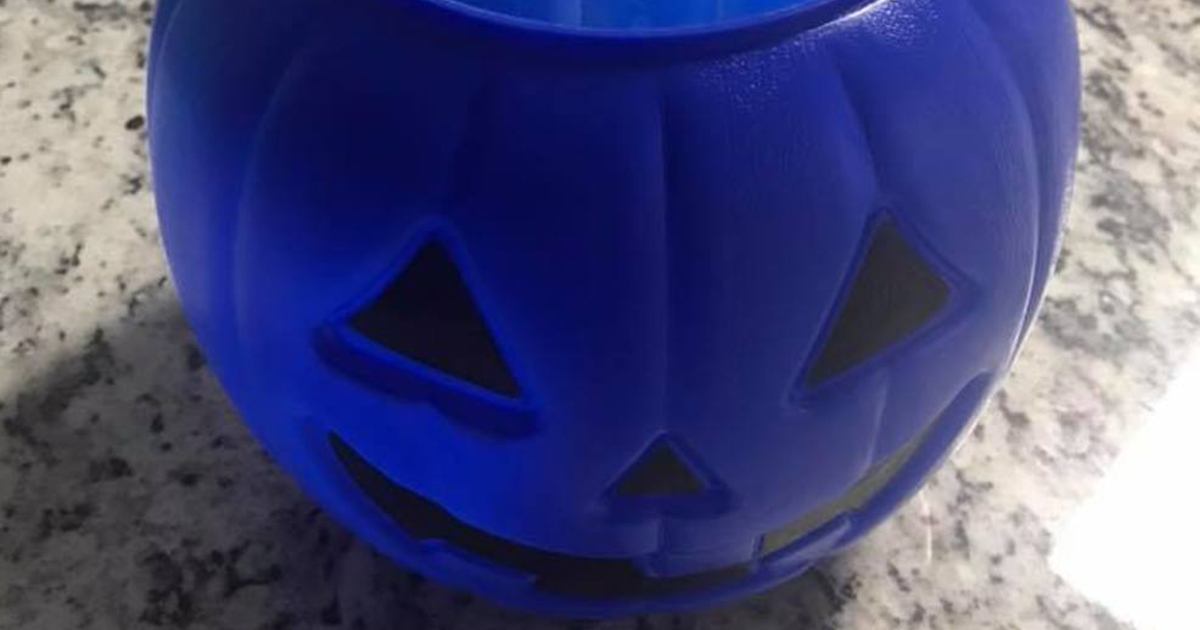 
BURAS, La. (ABC7) — A mother in Louisiana is asking people to be on the lookout for trick-or-treaters with blue candy buckets this Halloween.

Alicia Plumer says her 21-year-old son with autism, BJ, will be carrying a bucket to let people know about his disorder.

Plumer says, “While he has the body of a 21-year-old, he still loves Halloween.”

The idea of the blue bucket came from Plumer’s friend, Lisa Lee, who says every year BJ and Plumer struggle with people being “not so nice while trick or treating.” She knows how much BJ loves Halloween so when she saw the bucket at Walmart, she bought it for him.

“I thought I had read something on Facebook about it. Really what I read was about the teal pumpkins and food allergy children – but why not blue pumpkins for autism!” says Lee.

Trick or Treat….the BLUE BUCKET…if you see someone who appears to be an adult dressed up to trick or treat this year…

Autism Speaks says, “Halloween is a fun-filled holiday for many, but all of the excitement can be overwhelming for some children and adults with autism.”


Clinical Psychologist at Children’s National Hospital, Dr. Allison Ratto, gave tips on how treat-givers can be more inclusive to children with autism this Halloween.

• Pick out a few pieces from your hand to give to trick-or-treaters. Some people with autism can get overwhelmed by the option of all the candy in a big bucket and have trouble picking pieces to eat.

• Try not to demand that trick-or-treaters say “Trick-or-Treat.” Verbal communication with strangers can be hard for some people on the spectrum. Ratto advises people to encourage treaters to talk by complimenting their costumes.

• Have patience when giving out treats. If you see an older trick-or-treater, pause and remember the spirit of the holiday.

Autism Speaks National Capital Area Community Outreach Manager, Janet Williams’ advice is to “be nice, be respectful, and be inclusive.”