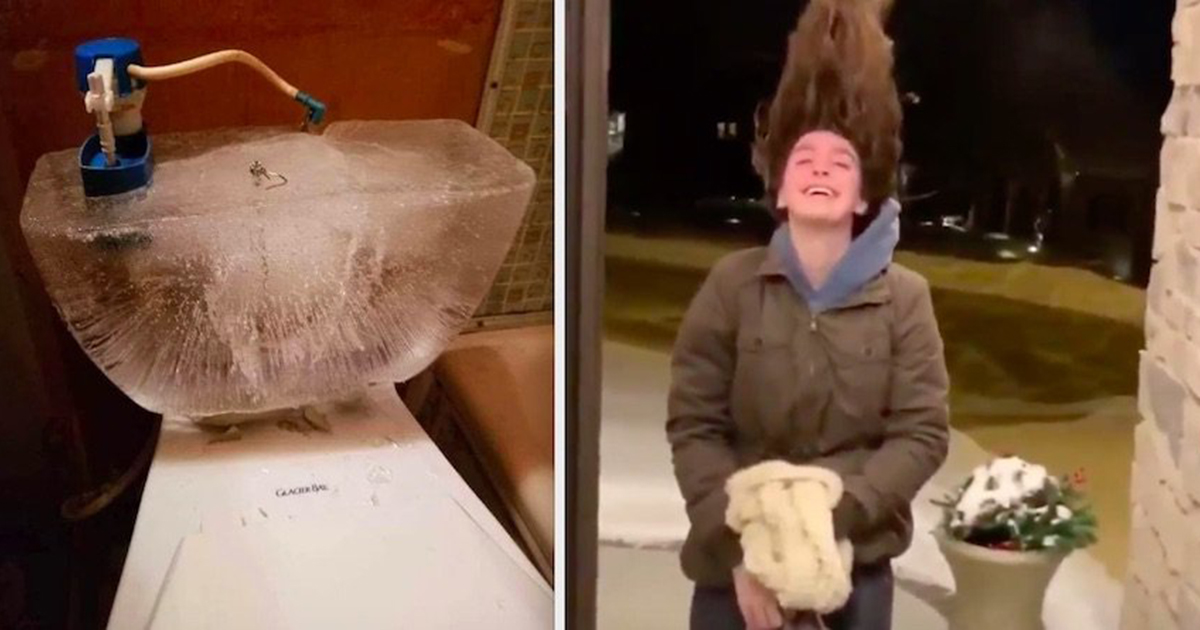 Just how cold is it in the midwest? With a record-breaking cold front sweeping through the midwestern United States some residents have decided to share some light-hearted photos and videos of their experiences of the cold temperatures.

Iowa resident Taylor Scallon shared what the frigid cold is doing to her hair, tweeting “Is Iowa really THAT cold?” and sharing the following clip:

“Is Iowa really THAT cold?” pic.twitter.com/htxSZzy2QB

Yep, the cold is making her hair stand up on end!

Another Iowa resident declares “It’s so cold in Iowa that we froze antifreeze.”

One person’s toilet bowl became a block of ice.

This toilet froze and busted from Wellthatsucks

Midwest vs Everybody Else tweeted a clip of a pair of pants standing up on a sidewalk all by themselves.

things are only getting stranger pic.twitter.com/jX6yFsW4cs

The temperatures – dipping below -46 C in some areas – isn’t without its dangers. In Chicago it’s so cold that the railroad tracks need to be set on fire to keep the trains moving.

The cold is also causing the Chicago river to “smoke” and freeze over.

Authorities are warning residents to stay sheltered in the epic cold to stay safe and warm.