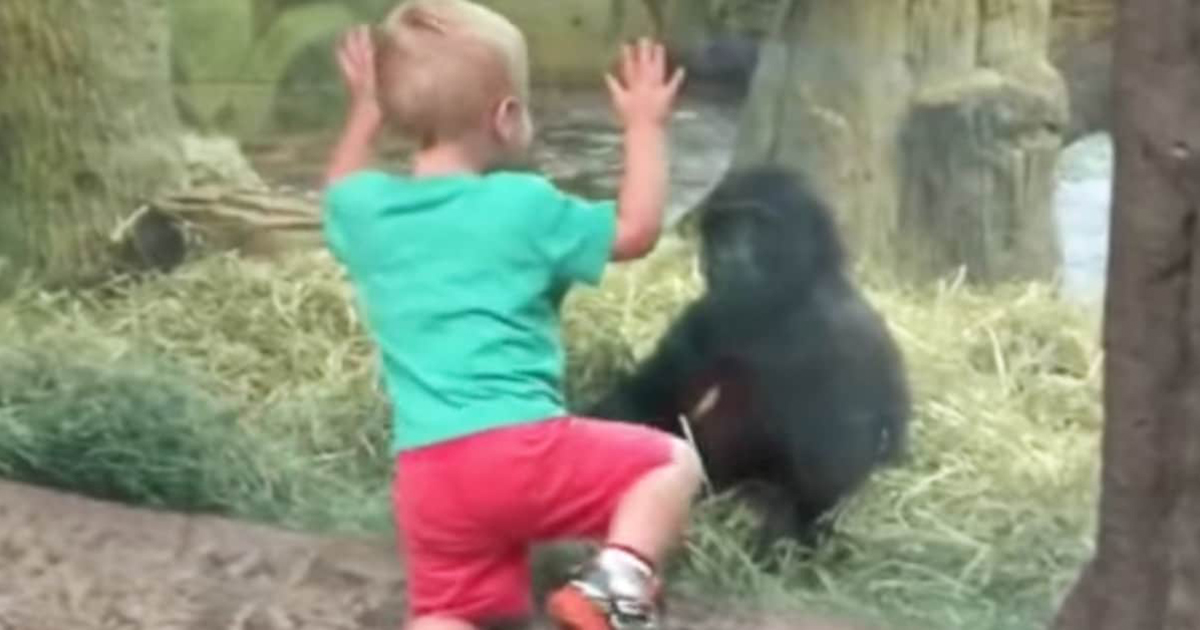 While visiting the zoo, this little boy struck up a friendship with a baby ape and took the time to have an adorable play date.

It must get lonely at times being trapped in an enclosure with the same people every day. So young gorilla, Kamoli, probably had the best day he’d had in awhile when a young human boy came up close to his enclosure window.

Two-year-old Isaiah and his family were visiting Columbus Zoo when they came across the gorilla enclosure. Isaiah and Kamoli spotted each other through the glass window and instantly formed a connection. Understanding that the other was a young child who loved to play, they began to play with each other from either side of the glass.

Kamoli runs to the other side of a tree in the middle of the window and Isaiah excitedly chases after him. In a game similar to peek-a-boo, the pair chase each other from side to side of the tree, with Isaiah giggling in delight.

It’s funny to see the similar parallels between the species involved in the video; as both the human boy and gorilla baby play, their respective parents watch on from the sidelines. Perhaps we have more in common with gorillas than we first thought.


Watch the video for yourself and I dare you not to smile at their adorable interaction.

If you enjoyed this video as much as we did, feel free to leave your thoughts in the comments below and share with your friends.