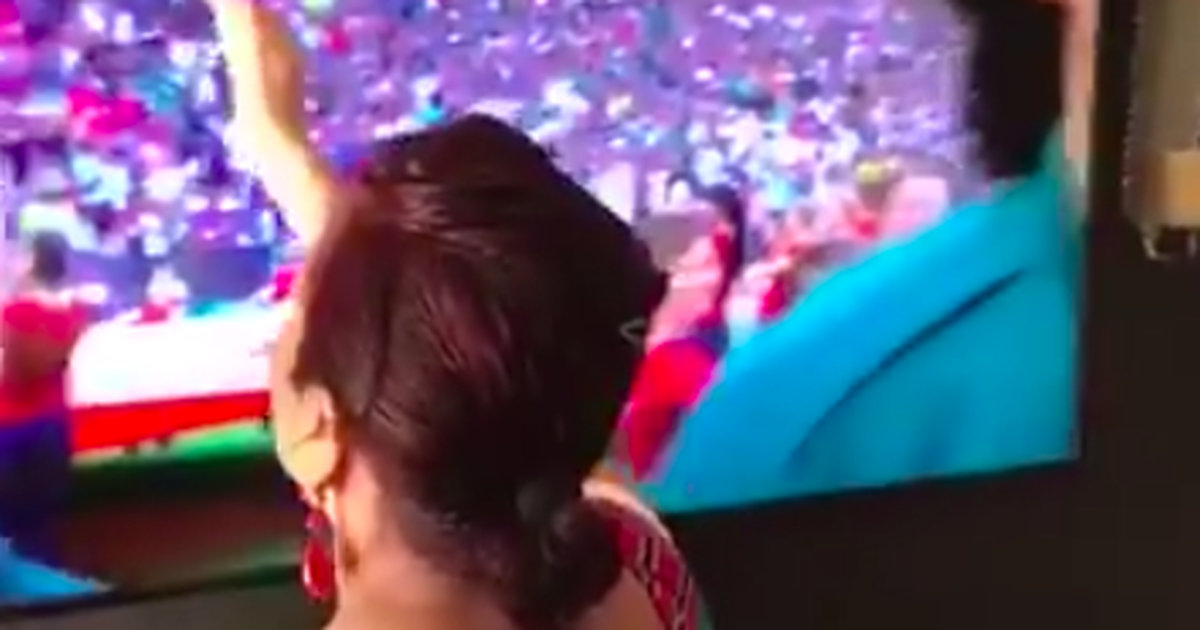 We are sure the players on Mexico’s soccer team are “talented” and “skilled athletes,” but they really owe their earthquake-inducing win on Sunday to one grandmother.

Willy Gonzalez of El Paso, Texas, watched the game on TV with his family, and he saw it all go down. During the national anthem, Willy’s mother blessed each Mexican player as they appeared onscreen. Later, the team won a stunning victory over Germany.

“This is the real reason Mexico won today!! My mom,” Willy wrote.

Gonzalez’s niece Paola also posted a version of the clip on Twitter, where it’s been faved nearly 600,000 times.

“I’m 100% convinced my grandma was the reason Mexico won,” she wrote.

I’m 100% convinced my grandma was the reason Mexico won pic.twitter.com/9jBRF5wFPE