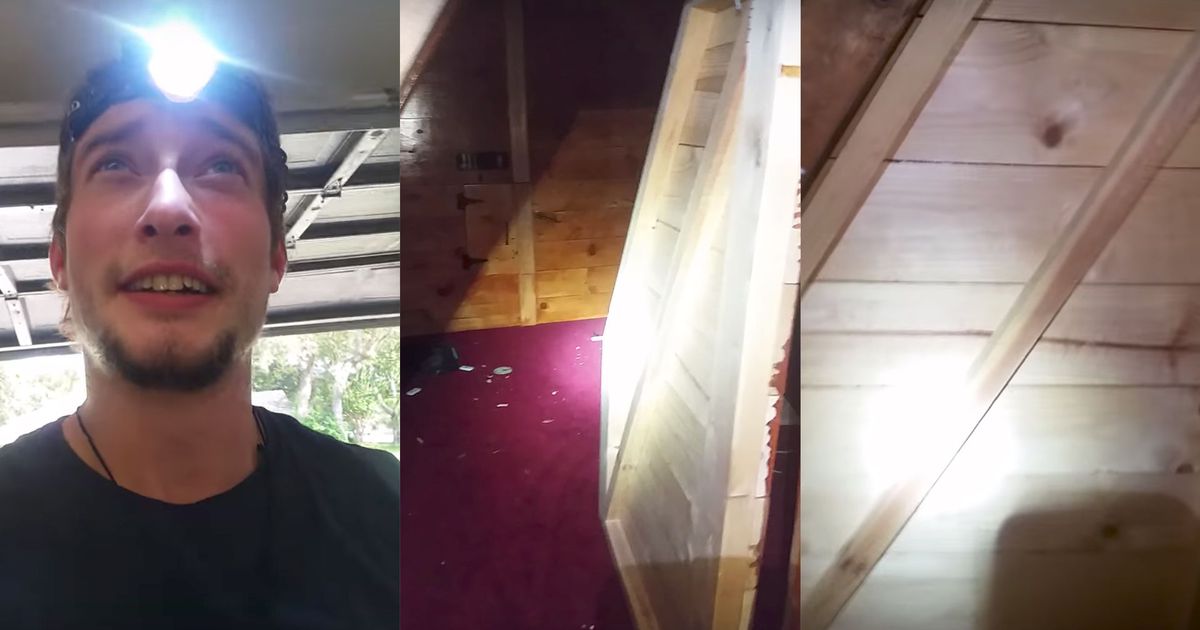 An HVAC worker doing some renovations on a home discovered a secret room in the attic of a garage.

The clip, which was originally recorded last month, shows a man who claims he was sent to a home in Plant City, Florida to swap out an air conditioning system. But while he was working on some of the system’s ducts, he found something very strange.

“Upon further inspection, I found a piece of wall that didn’t look the same as the rest. I pushed on the wall revealing a secret room. Leading to the secret room was a carpeted walkway. When the secret rooms door was closed it didn’t even look like it was there,” the man wrote to Viral Hog, a video licensing company that re-hosted the clip on YouTube.

The secret room contained air vents, stained wood walls, carpeted floors, cable hookups, electrical outlets and even a makeshift bathroom. There were also some personal items sprawled throughout the floor, and two license plates hung on the wall.

Thankfully, it doesn’t appear as if the room was used to keep someone against their will because the lock was on the inside of the door, not the outside.


After the man originally shared the video, he claims someone came forward and said the home used to be occupied by R.J. and his mother Dee Dee Moore, a.k.a. The Lottery Killer. Dee Dee was convicted of murdering Abraham Shakespeare, a Florida lottery winner, in 2012.

According to the worker, this was confirmed via the license plates hung on the wall, though that claim has not been verified.