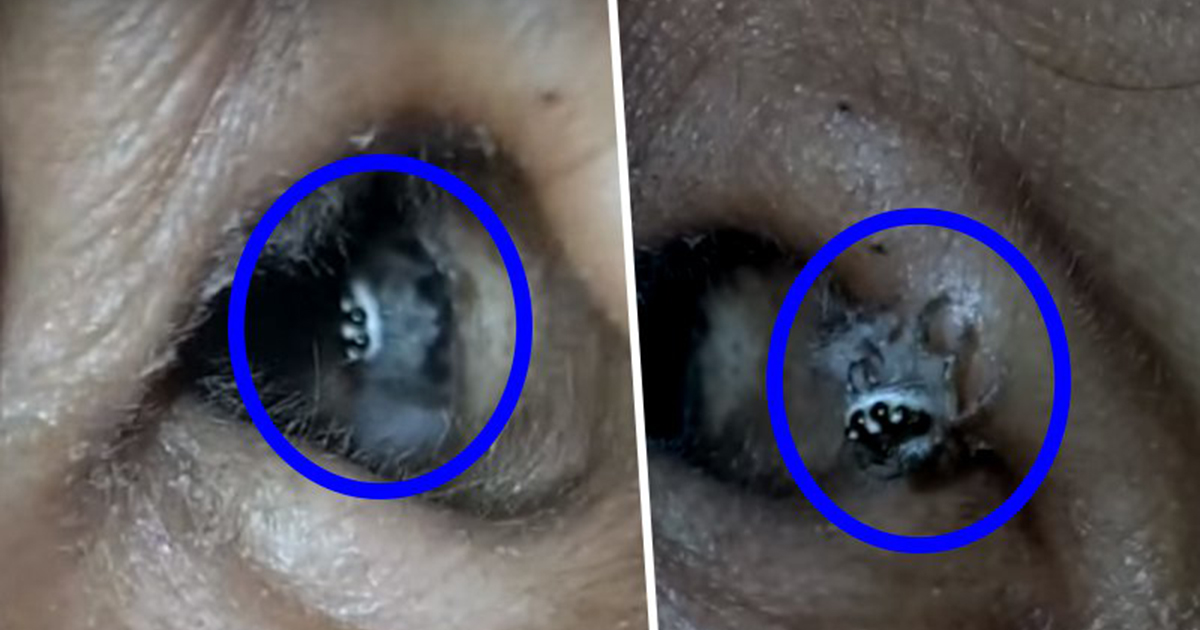 A woman, who could only be identified as Lekshmi L, was rushed to hospital after suffering severe headaches only to find out she had a spider in her ear.

If you suffer from arachnophobia I’m going to have to send out a little warning, this may traumatize you.

Lekshmi, who lives in India was taken to a hospital in Karnataka after she said she was experiencing headaches from sleeping on her veranda. Upon inspection from the Doctor they saw an eight-legged creppy-crawly borrowed inside her ear hole.

Warning Those Who Suffer From Arachnophobia Should Look Away

In the words of George Takei, ‘Oh my’.

There’s so many things to say right now, the first one is; ‘How in the world did that get in there?’. Secondly if I was the doctor attending I’d tell her, on principle, ‘this is beyond my skills’ – but only because it’s so just weird. Thank god I dropped out of medical school.

Honestly the minute that white spider crawls out of her ear a cold shudder went straight down my spine!

According to The Indian Express, Dr Santosh Shivaswamy was the ENT Consultant who treated Lekshmi. The good doctor told reporters it’s fairly normal to have people seeking medical attention for strange objects in people’s ears, but Lekshmi’s case was a first for everyone involved.

I was terrified as I could feel movement of a creature in my ear. The acute ear ache followed by sharp pains suffocated me. I couldn’t think of anything and was petrified when the doctor confirmed presence of a spider in my ear.

We can’t blame Lekshmi’s reaction to finding out there’s a spider in your ear. If it was me I would have passed out from the news.

Look, I’m not scared of spiders… I just don’t want to find them in places where they don’t belong. Like my lunch, my laundry or my god damn ear.

If you happen to catch a spider where it’s not supposed to be please don’t do what one arachnophobe did and take it out with a blow torch.

One man’s overreaction, after he tried to used a propane torch to kill spiders and burn spider webs underneath his mobile home, resulted in his humble abode going up in smoke.

When firefighters arrived, they say an elderly woman had to be carried out of the burning home by her son and neighbors.

You know what? I think we should accept that soon Spiders will grow to human size and take over the world.