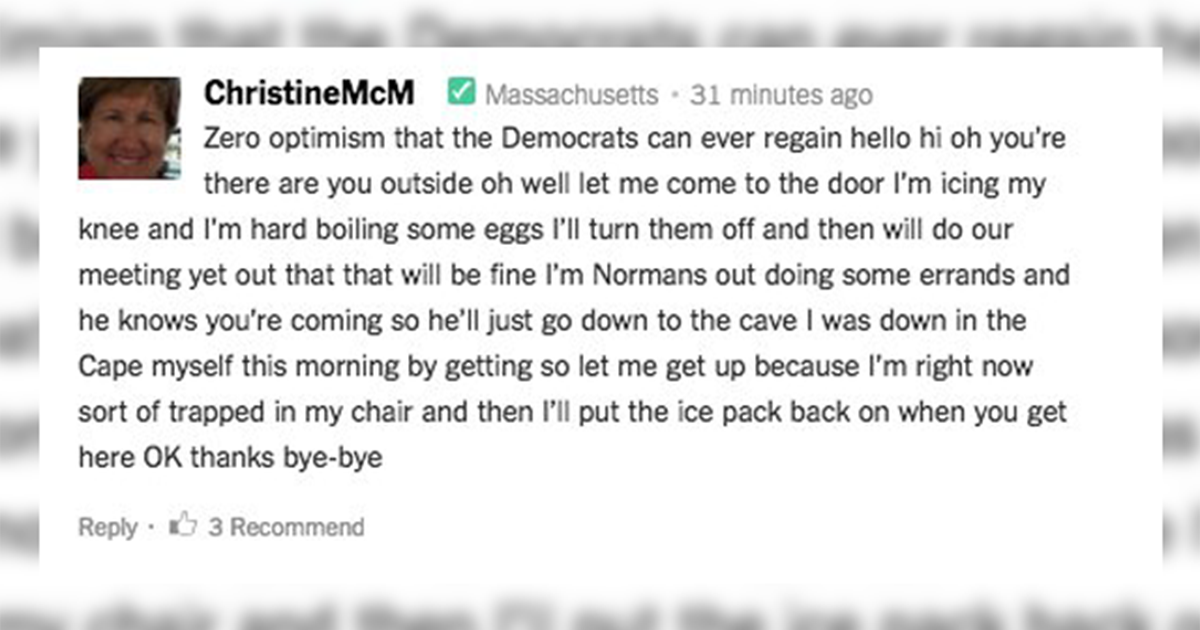 A Massachusetts woman is generating online buzz for accidentally sharing more than she intended on The New York Times’ website.

Christine McMorrow says she was using her iPhone’s voice-to-text function to leave a comment on a political story Thursday when she was interrupted by a friend’s visit.

this NYT comment and the three people who recommended it are giving me life this morning pic.twitter.com/kKYf5uLOK0

She says the phone continued transcribing parts of their conversation and posted it online.

It starts out, “Zero optimism that the Democrats can ever regain,” before shifting to a rambling run-on sentence with references to hard-boiled eggs, a visit to Cape Cod and a knee that needed to be iced.


The comment was shared thousands of times online, with New York Magazine calling it the “single best comment of the year.”

McMorrow told The Boston Globe it was “embarrassing” and “very weird.”