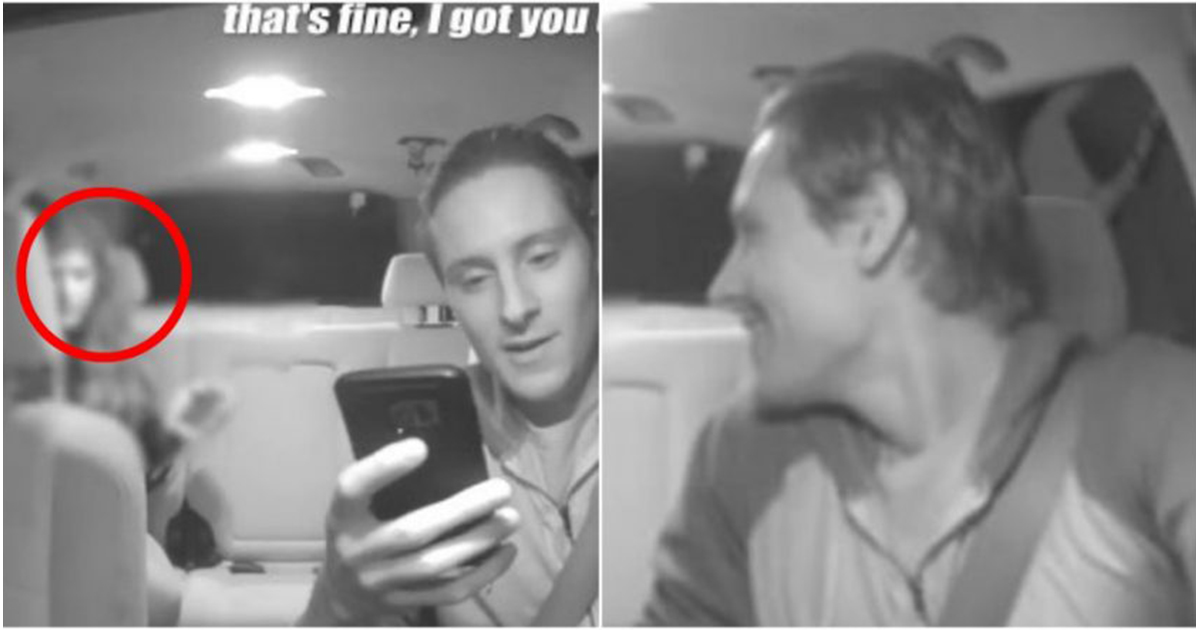 You’d think that in this modern day people would be wise enough to realize that they’re being watched constantly. With modern technology available at everyone’s fingertips, the concept of ‘Big Brother’ has never been more real.

So when a drunk woman hopped into an Uber in South Carolina, the driver was bemused as she tried to cheat him into giving her a free ride. Luckily Ryan was able to catch the “shady” woman’s actions on camera…

The bizarre clip begins with Ryan patiently waiting for his fare. After she eventually hops into his car, Ryan starts the journey – a $10 ride.

Thankfully, Ryan was able to catch this whole altercation on camera. For without actual footage of the incident, it would be hard to believe this actually happened…

But only a few minutes into the trip, a notification can be heard pinging through on Ryan’s phone. The update tells him that his passenger has canceled the ride.


Stopping the vehicle, he turns to question her. Rather than acknowledge her bizarre behavior, the woman tries to defend it by making a muddled excuse. Irritated at the woman’s attempt to swindle a free ride, Ryan demands that she exit his vehicle. It’s then that the woman turns nasty.

Evidently, the woman was embarrassed at having been caught in the act. But rather than apologize, she made the situation infinitely worse by maintaining that she was in the right. Unbelievably things even turned physical as the woman lashed out at Ryan after he discovered her actions.

Many people overlook the fact that our Uber drivers are trying to earn a decent living, and by canceling her ride, this woman was essentially taking the money out of this man’s pocket. Hopefully, other Uber drivers in Ryan’s district will recognize her from the footage so that she won’t be able to swindle her way out of any more rides.