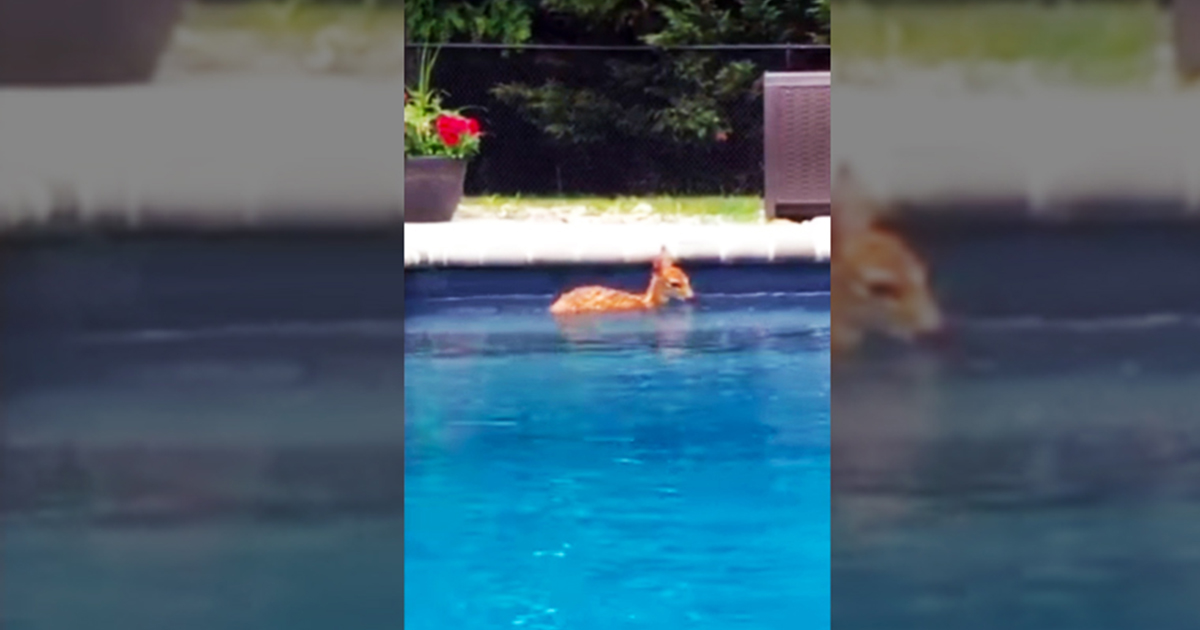 One nice, warm day, Brittany Benincasa, a resident of Freehold Township, New Jersey, took a look out her kitchen window and saw an animal in her swimming pool. A neighborhood dog? Nope. A young deer had decided it was a good place to chill out. As Benincasa recalled, “I saw it climbing out of pool and on to the pavement. She shook off and laid in my landscaping for like forty-five minutes, then she got up again and walked back towards the pool, leaning over the edge. I had no idea that she could even swim.” In fact, fearing that the deer might fall in and drown, she called animal control. Moments later, the deer was in the water. “She stood on the stair — there are a couple of jets down in that end. She was actually enjoying the jets up against her body like a massage. Next thing you know, off she went like she had done it a million times. She started doing laps, and clearly knew exactly what she was doing.”

When an animal control officer arrived, he gently encouraged the deer to leave the property. But the really funny thing is that the deer kept coming back every day, usually around one in the afternoon. Benincasa doesn’t really mind sharing her pool with the deer and besides she figures that once it grows up, it won’t be able to squeeze through the fence anymore.

The deer may have been attracted to the pool because it has a dark bottom, making it look like a pond. According to the homeowner, there’s no need to worry about the deer ingesting pool chemicals because it’s a salt-water pool. “It’s food-grade salt, it says it on the bag, and the water’s not even as salty as the ocean.”


As you’ll see in the video we’ve posted for you below, this swimming deer is absolutely adorable. Let us know what you think in the Facebook comments and don’t forget to like and share!

The post Woman Sees Strange Animal In Her Pool And After Realizing It’s Not A Dog, She Grabs The Camera appeared first on Madly Odd!.