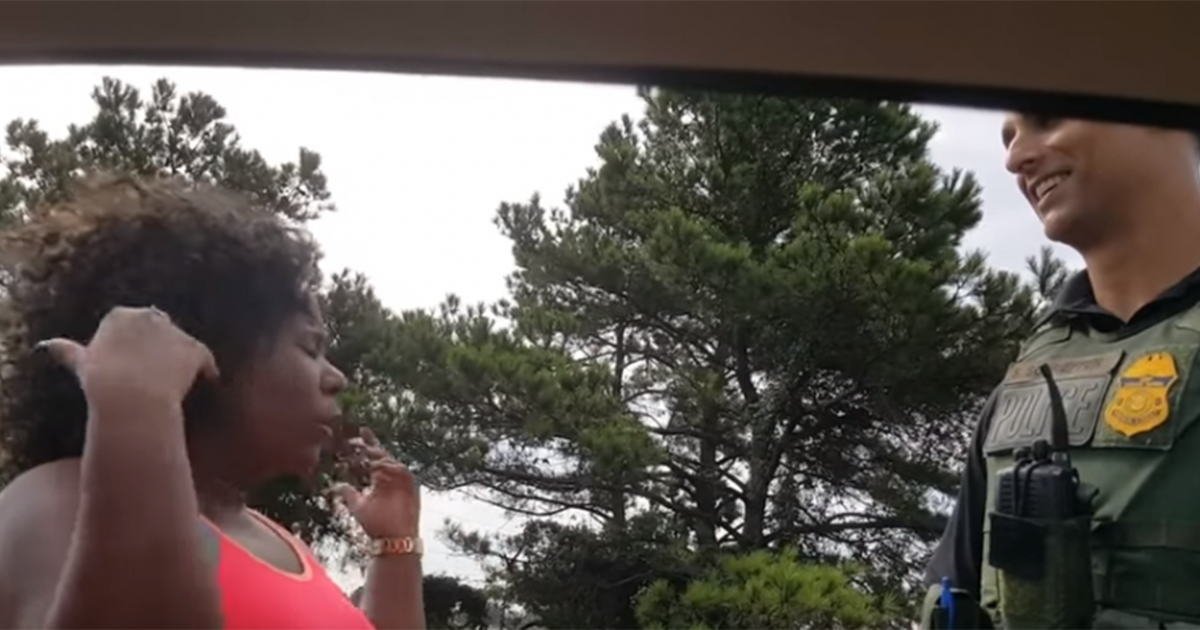 Earlier this year in September, comedians Jennifer Jermany and Brandy Adams were pulled over by a policeman.

The duo filmed their interaction with officer Scott Schrieffer and uploaded the entire exchange to YouTube. While Jermany thanks the officer for his kindness and being straightforward with his demands, she also stopped to comment on just how attractive she found him.

“You are the hottest cop I have ever been pulled over by,” she said. “And you were so respectful and so nice. You came over, you communicated what you needed and then you were hot. See if the police department hired more hot police officers, we wouldn’t have violence anymore, ‘cos all you would do is what you did, just walk over and say ‘Hey, let me see your driver’s license and ID,’ and do that smile right there…” Schrieffer then began to laugh.

Schrieffer thanked her for her comments and told her that it was a pleasure to meet her.

Jermany and Adams were featured on Right This Minute where they were interviewed about the YouTube video, titled “My Encounter With Officer Dreamy,” and spoke about their upcoming comedy tour. Christian Vera, Charity Bailey, Nick Calderone, Gayle Bass, and Oli Pettigrew host Right This Minute and sat at a roundtable to have their interview with the duo via Skype.


The duo added that they even contacted Schrieffer’s wife Jennifer who agreed that her husband is quite attractive.

The YouTube video has been viewed over 200,000 times to date and dozens of comments have been left saying that they love Jermany and Adams.