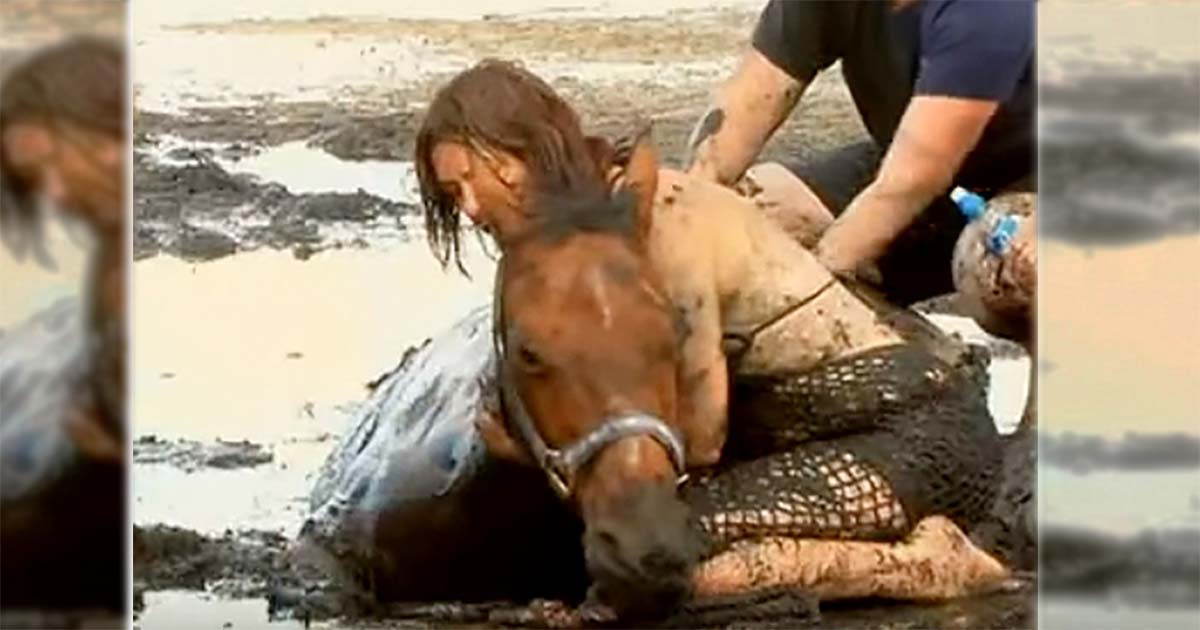 Hope is a wonderful thing that can sometimes make the difference between life and death.

After she and her 17-year-old horse, Astro, became stuck in the mud, Nicole Graham had nothing else to rely on but hope. However, with the mud slowly swallowing the horse and the tide rising, Nicole knew that they didn’t have much time left to figure a way out of the mud and back to safety.

But the mud that began to act more and more like quicksand stopped her from making any move that could lead to her getting her horse out. For no less than three hours, Nicole and her beloved horse were stuck in the mud, feeling cold and afraid.

But Nicole was determined to not let her friend of more than ten years die out there. You see, the young woman has a special relationship with horses, and abandoning her pet there would have been the same as abandoning a family member.

Luckily, help came when they least expected. One of the farmers in the area showed up with a tractor and a veterinary team, and then began a rescue operation against the clock. Find out how it all ended by watching the video below.