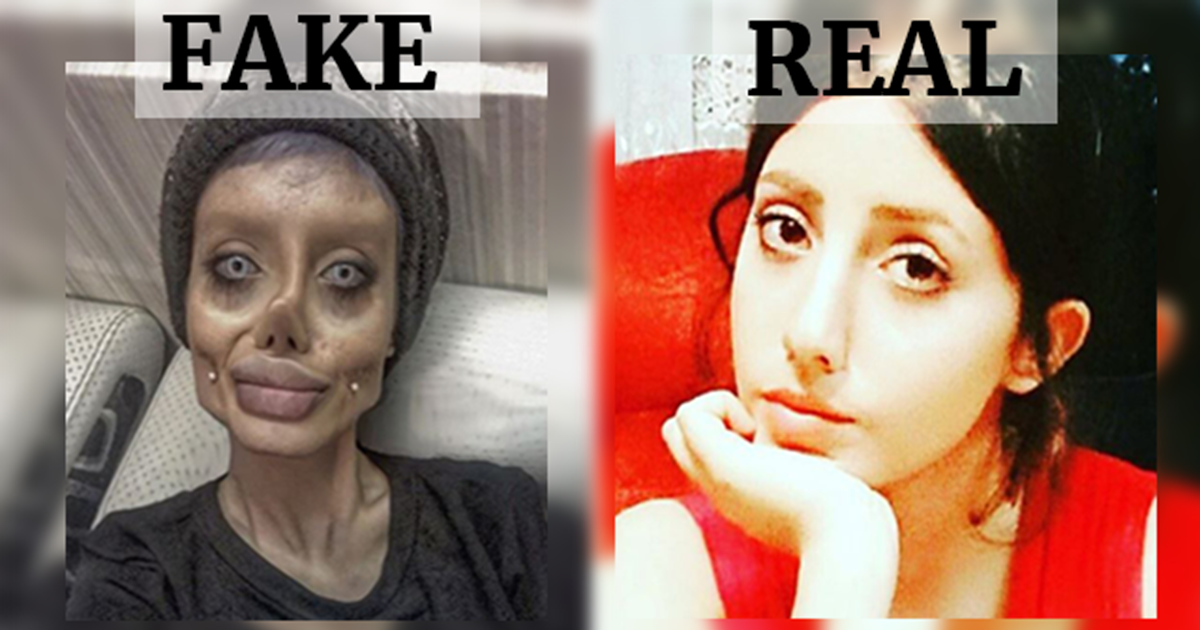 A 19-year-old woman who made headlines earlier this month for having nearly 50 surgeries to look like Angelina Jolie has admitted to using photoshop instead of actually having the operations.

Sahar Tabar admitted that she faked the whole thing to “amuse herself,” the New York Post reported.

This may come as a surprise to some, but there were more than enough skeptics on the internet, who claimed Tabar was using photoshop instead of actually having the surgeries, according to The Sun.

“Now I can see that I have something in common with [Angelina Jolie], but I amuse myself, and to look like someone is not my goal,” Tabar told Sputnik, a Russian news outlet. “Over time I post a photo, I make my face more fun and funny, it is a form of self-expression, a kind of art. My fans know that this is not my real face.”

New photos have surfaced online of the woman without her makeup and contacts.

Originally, her Instagram page was made public, but since the news broke that she’d used photoshop, her account has been made private. However, that hasn’t stopped other Instagram users from finding her old photos and posting them on the social media’s website.