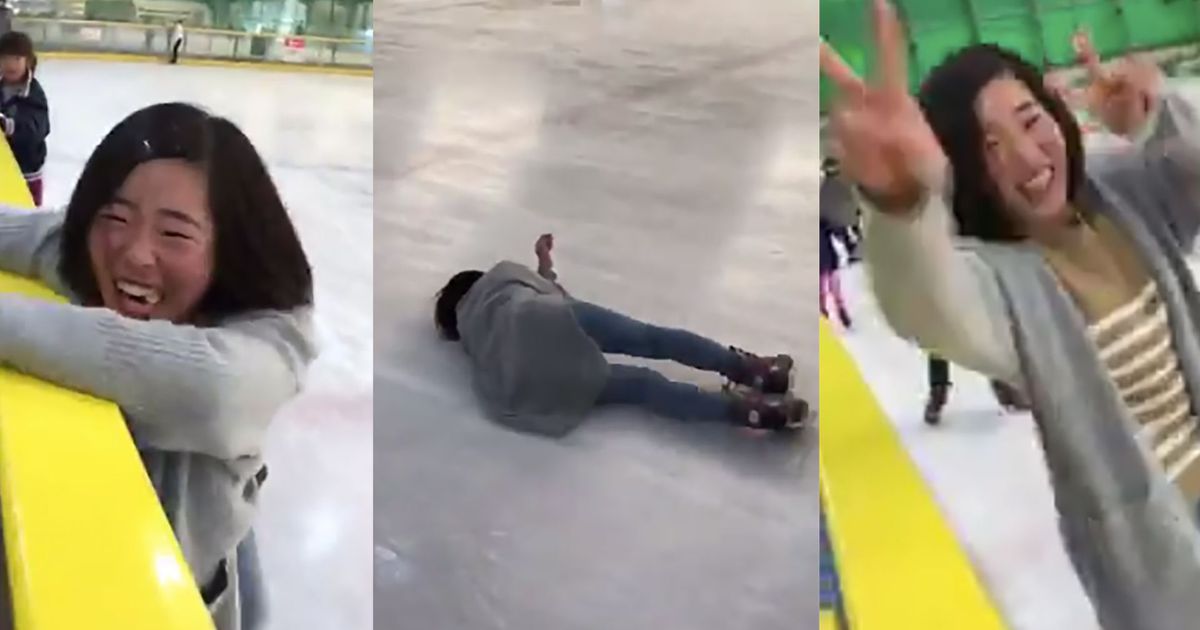 After not having ice skated in four years, Madoka Takayama’s first moment back on an ice rink was filmed by her friend Kyoka Tanaka. And well, you’ve just got to see for yourself what happens next. It’s 37 seconds of pure chaos and unadulterated hilarity.

According to their interview with Buzzfeed, thankfully no one was hurt in the video. Since being posted last week, it’s been seen over 10 million times, accumulating over 310,000 likes on Twitter so far and eliciting the same sort of relatable response from so many folks. Basically, it’s the perfect visual metaphor for life, finals, 2018 and so much more.

How my life is going at the moment https://t.co/elHjOEeaf4

Me thinking I know psychology then going to do a practice question alone https://t.co/7C8rwf7mBj

Me trying to keep my grades AFLOAT https://t.co/rduNNDE0f5