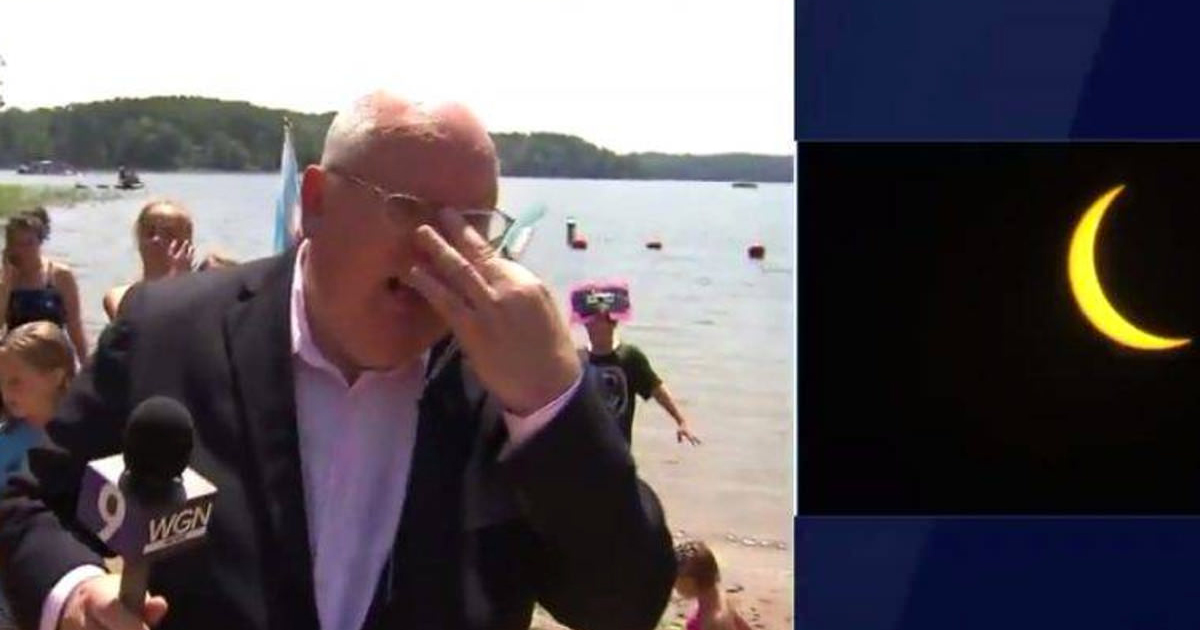 On Monday, weatherman Tom Skilling was reporting about the total solar eclipse when he inadvertently made a heartwarming reaction video.

The WGN-TV chief meteorologist was in Carbondale, Illinois, covering the event on live TV. Or at least, he was trying to.

Seeing the celestial phenomenon for the first time in his life, Skilling was overcome with emotions and started tearing up in front of the camera. He quickly apologised for being unable to give his report.

“I’ll get my act together guys,” he said, trying to fight back his tears. He later hugged and high-fived other eclipse watchers, and even sang Here Comes the Sun.

TEARS OF JOY: Tom Skilling got a little emotional during his cover of the eclipse. We feel you, Tom. @Skilling #SolarEclipse2017 pic.twitter.com/T18DvLw1SG

‘Tom Skilling’ trended on Twitter, with everyone praising him for his honest and passionate coverage of the eclipse.

Congrats to Tom Skilling and WGN for such a nice and informative coverage of the eclipse. Yes it was emotional.

Get you a weather man that cries over a solar eclipse. Love you Tom Skilling ♥️

Love yourself as much as Tom Skilling loves the eclipse. https://t.co/SsnlqMdy1h

You and I will never love anything as much as Tom Skilling loves the weather.

The next eclipse will happen in 2024. Hopefully, the dedicated weatherman will have a box of tissues ready by then.