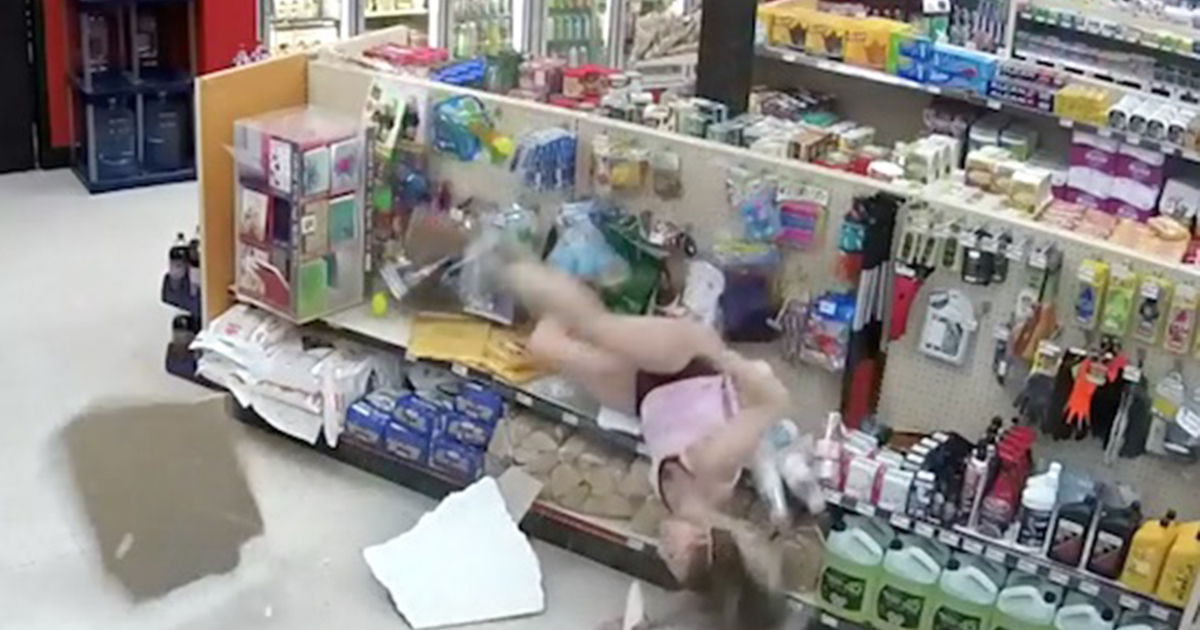 There’s probably a whole subsection of YouTube called failed robbery attempts of convenience stores and I’m definitely looking into it after I finish working today after seeing the one below, which has been described as one of the best of all time.

It might be better for you to just watch it without knowing what happens because videos are always better when they carry the element of surprise with them as well. Knock yourself out:


And here’s the surveillance video set to the Benny Hill theme song.

This is Spruce Grove RCMP arresting a couple using a stolen credit card at the Reddi Mart…I thought the music added to the craziness..remember kids don't use drugs.

So funny! The way she falls out of the ceiling is just so perfect, as is the fact that she was even hiding in the ceiling in the first place – did she think she was going to get away or that they weren’t going to find her up there? Complete and utter moron.

In case you’re wondering how they got into this situation in the first place, they were trying to buy a can of coke at the King Street Reddi Mart in Spruce Grove, Alberta, Canada with a stolen credit card. The clerk became suspicious of them after it was declined several times and so he called the police which led to the situation you saw above in the video.

Following its conclusion, the pair were arrested and charged with the following crimes: using a stolen credit card, resisting arrest, assaulting a police officer, attempting to disarm a police officer, resisting arrest from someone aiding the police. Sounds like they’re going down for a while eh, but at least they can take solace in the fact that they’re going to be internet memes for a very very long time. Worth all the trouble surely?