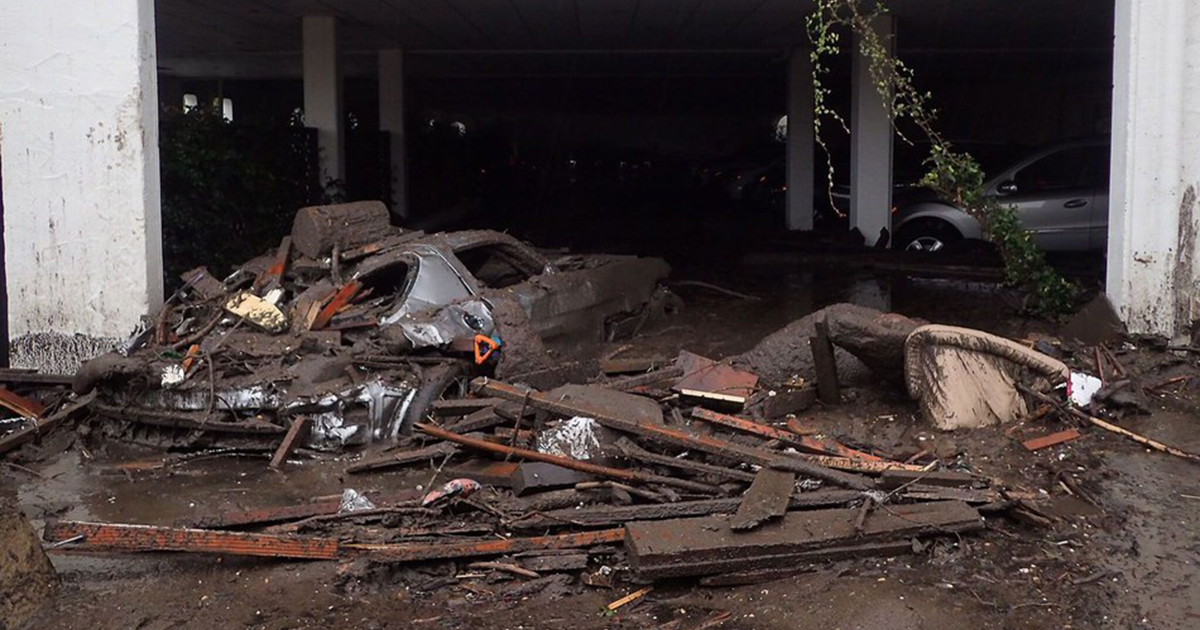 
Earlier this month, two California Highway Patrol officers were responding to reports of a structural fire in Montecito when they drove straight into the first of many mudslides that would ravage the county that day.

The dashcam footage below shows the officers’ vehicle being picked up by the fast-moving mud, spun completely around, and carried down the road they just drove up. It’s like mother nature’s twisted version of cruise control.

By now at least 21 people have died from mudslides that came after wildfires destroyed ground coverage and created an easy path for flash flooding in Santa Barbara county.

The driver in this video was able to regain control and the officers were not hurt.