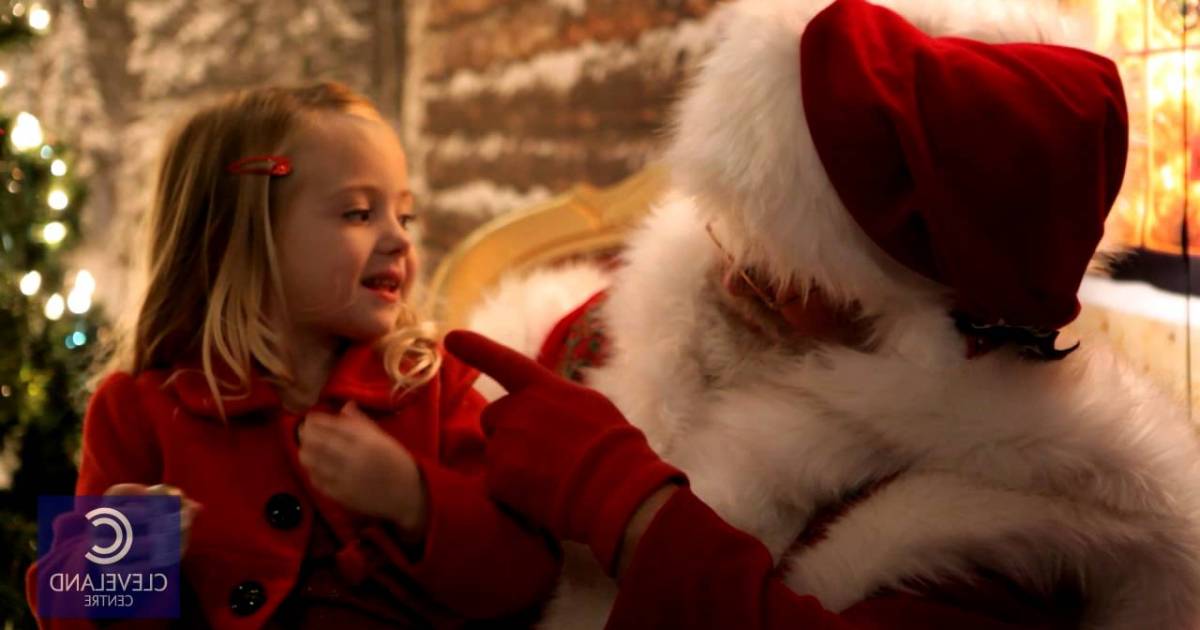 Editor’s Note: When we shared the story of this very special little girl who got a very special surprise from Santa, everyone told us how much it touched them. We simply had to share this follow up with you…

If you are a child and have not been a very good boy or girl in the year, talking to Santa, is not only your chance to apologize to him, but also to remind him of what presents you want. At least, that’s what I used to do. I figured that Santa would have many children to visit that day, so it never hurt to remind him of my wishes.

It’s always a clever idea to have a strategy when asking for gifts. You should always ask for a couple of more gifts that you were planning to. This gives you a little bit of an edge and gives Santa options in case he cannot find one of your presents. After talking to Santa at the mall, I always felt very confident that I was going to get my presents, especially after I had apologized for not being 100% good all the time.

Some time ago, and while being in full Christmas spirit, I watched a video that left me speechless. It took place in a mall on a very typical day. It all started outside a few stores, where Santa goes to listen to children’s ‘to-get’lists every year. This gives children of the area the chance to meet Santa in person and ask him for any changes if need be.

In the video, a lot of children with their parents had gathered in the mall and now it was the turn of a little girl named Mali. She is a very special girl not only to her parents but to everyone who met her as Santa was about to find out. She looked a little shy, but Santa invited her to sit on his lap and tell him what her wishes for Christmas were.


She got on Santa’s lap and proceeded to tell him what it was. The only thing is, she can’t speak. Santa immediately notices this and asks her in sign language. I’m sure you weren’t expecting that one! The little girl told Santa what she wanted, and left with her parents to go home. I always wondered what had happened to her. Did she get what she asked for? The following video shows the update of what took place. You can check out the previous video here.

Mali went to visit the Cleveland Centre in the UK, where she met up with Santa and even had time to sing a song with him using sign language! I watched the video and let me tell you that it is simply touching. The video went viral and got over 2 million views in no time. The people at the Cleveland Centre invited Mali and her family back to meet with Santa. She was excited because Santa had a special treat for her. Watch the video and see for yourself why Santa is so special, he brought her what she had asked him for that day in the mall!

The post Watch the conclusion of the famous Signing Santa’s reunion with Mali! appeared first on Madly Odd!.