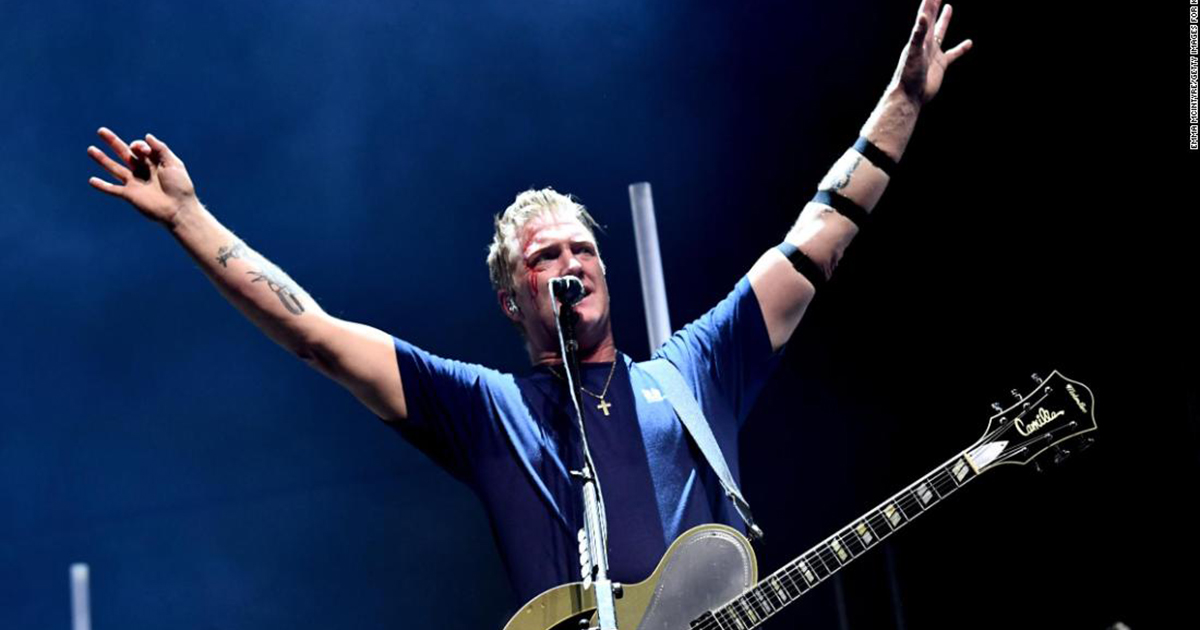 performs onstage during KROQ Almost Acoustic Christmas 2017 at The Forum on December 9, 2017 in Inglewood, California.


Josh Homme is well known for being pretty rock and roll in his position as the frontman of hard rockers Queens Of The Stone Age, but I’m not sure how rock and roll exactly it is to kick a woman in the face.

Nevertheless, when Josh was playing the KROQ Acoustic Christmas concert in Los Angeles last night when for some reason he took a wild swing with his leg at photographer Chelsea Lauren. It’s quite a whack and you can see the video below:

Ouch – he definitely clocked her good in the face right there didn’t he? Looks painful, and indeed it was as Lauren ended up in hospital suffering from bruising, nausea and a concussion. Not the way you really wanted your night to pan out when you’re filming your favourite band, but I suppose that’s some of the dangers of rock and roll right?

Lauren was convinced that the attack was intentional but Josh has today come out and made a pretty public apology saying the following:

Last night, while in a state of being lost in performance, I kicked over various lighting and equipment on our stage.

Today it was brought to my attention that this included a camera held by photographer Chelsea Lauren.


I did not mean for that to happen and I am very sorry.

I would never intentionally cause harm to anyone working at or attending one of our shows and I hope Chelsea will accept my sincere apology.

It sounds like Homme was completely wasted during the set anyway from the sound of things – apparently he got a knife and cut his face during it, called the audience retards, insulted Muse and asked everyone in the audience to take their pants off. Sounds like he kinda lost the plot a bit there.

Lauren is apparently going to press charges against him too, so we’ll have to see how that goes down as well in the future. Probably not to well for him.