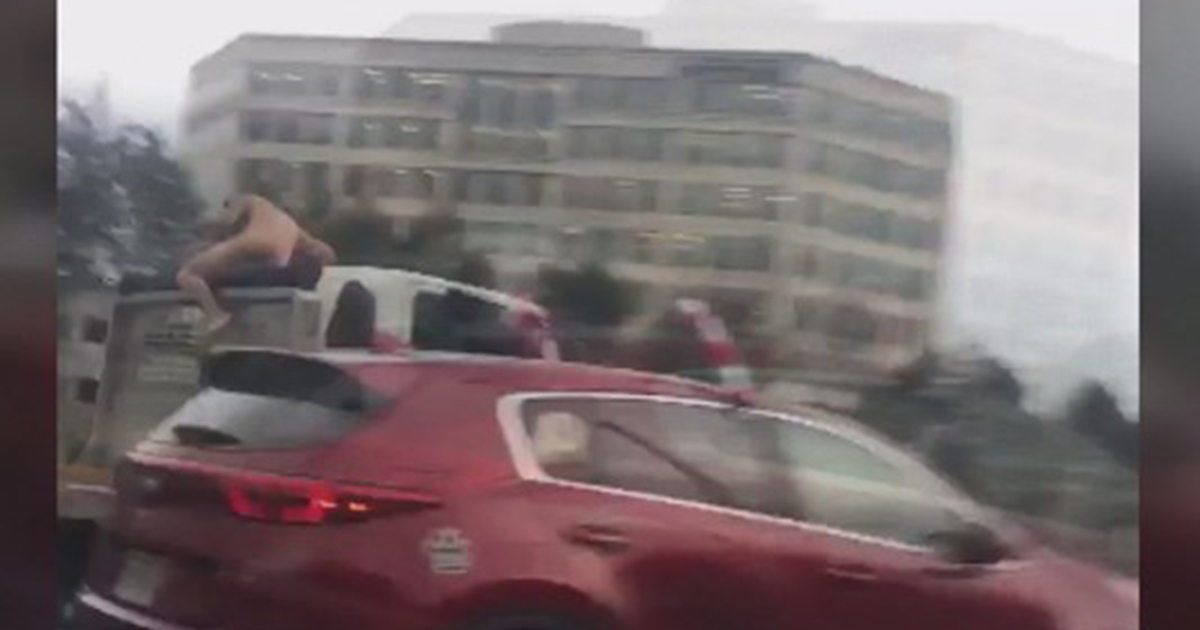 
It has been a little over a month since we reported on naked people doing strange things, so in case you were wondering – yes, behaving badly while in the buff is still a thing.

Shocked drivers stopped their cars to stare (and record) Flores as he stripped naked – apparently unfazed by strong winds and temperatures in the 20s – and jumped onto a passing truck.

Flores tried to smash the windows of passing cars and used a knife to stab at the roof of the truck he jumped onto, a witness told News4.


Witnesses reported that Flores had a tire in his hands and something with blades that he used to cut himself.

Tariq Hussein, who watched the entire incident unfold, told News4 what he saw:

He said the naked man lay down in the road and tried to damage multiple cars.

“The guy was actually stopping the cars. He was laying down. He started swinging, laying down naked and all that stuff, so people stopped. They don’t want to run him down,” Hussein said.

“They just stopped, and whoever stopped, he goes to them and tried to smash their window,” the witness continued. “Then, he jumped onto this guy’s pickup truck flatbed and he just tried [to stab it] with a knife.”

Flores ran into the woods with a tire around his neck, and was found a short time later in a drainage ditch on Dulles airport property. He was arrested and then taken to a hospital with non-life-threatening injuries. No one else was hurt.

After he is released from the hospital, police said Flores will be charged with indecent exposure, felony hit-and-run, throwing an object at a moving vehicle, destruction of property, assault and battery, disorderly conduct and marijuana possession.