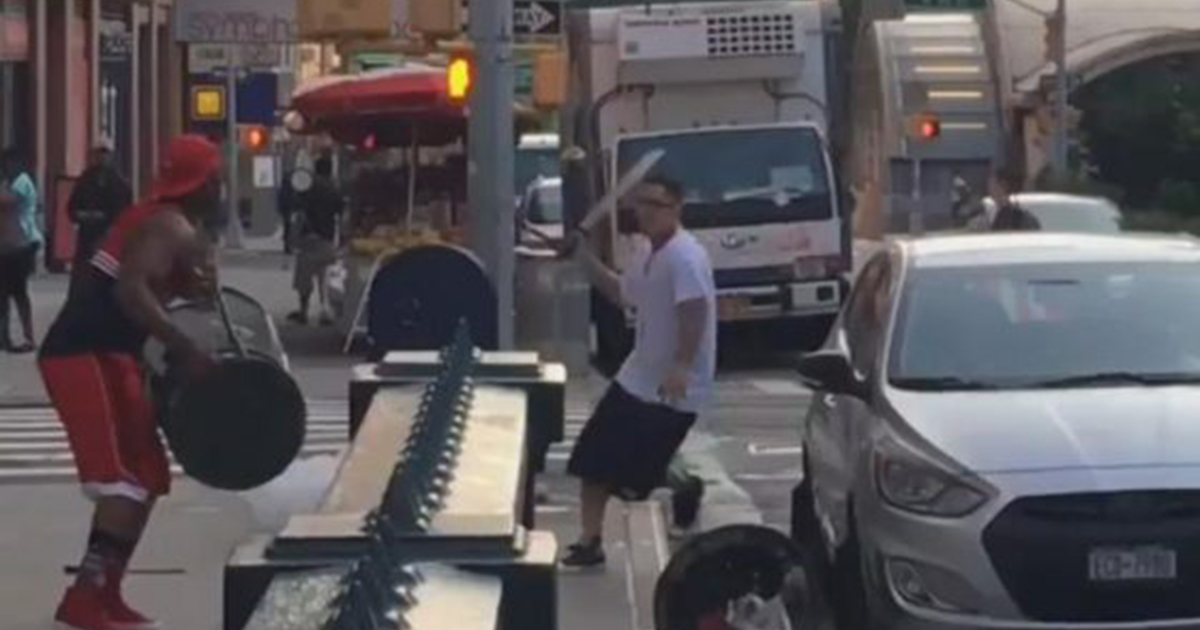 An altercation on an Upper West Side street took a bizarre turn on Wednesday morning – and a witness caught most of it on video.

Police say the street fight started when one of the men was walking along the street looking at his phone and another man – identified as Luis Roman – made a comment about him not paying attention and threatened him by flashing a gun clip.

Witness Paul Tena, who tweeted out footage of the fight, told the West Side Rag blog he turned on his camera when he saw the pedestrian respond by throwing a garbage can at Roman’s car — and the driver emerged with a machete and chased the trash thrower back to the median.

The clip starts with the pedestrian dragging another garbage pail across the busy street as Roman waggles the blade on the sidewalk — while his female companion tries to put herself between the two.

Roman – who is an Metropolitan Transportation Authority security guard – was arrested by the NYPD. He reportedly had a gun and the machete. Roman faces charges of assault, criminal mischief, criminal possession of a weapon, and menacing.

In the video, the Roman appears to have blood on his shirt as he leaves the scene. Police said the man in red (who has not been named, and apparently was not arrested for some reason) hurt his hand, but that no serious injuries were reported.

The MTA had no comment on the incident, reports NBC.