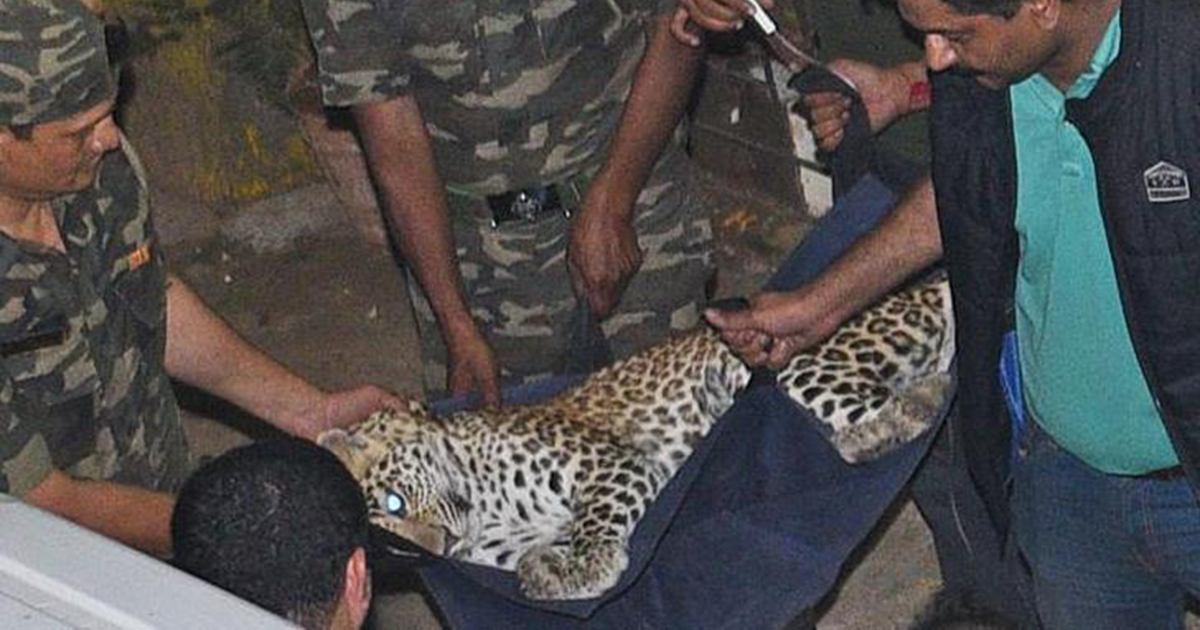 A female leopard entered a playschool in Mumbai, India on Sunday morning, after straying into the Sher-E-Punjab housing society in Andheri. When the leopard wandered into the children’s pre-school nursery within the vast housing complex, residents called authorities at the Sanjay Gandhi National Park in Borivali. Thankfully, being the weekend, no children were in the school at the time.

Videos of the leopard were quickly posted to Twitter.

After 12 hours of tension amongst the residents of the housing society, the female leopard cub was caught without harm to the cat or others.

Some people thought the moment called for some humor.

He just want wanted to play too 🐯🐯

While others were more concerned with how a leopard could wander so far into a metropolitan environment, roughly four kilometers from the closest forest, without being noticed.

The nearest forest is in borivali national Park. How the hell did it get to Andheri.. By local ? https://t.co/G9AD7CLrzi

Sunday’s incident brings attention to a greater environmental issue that Mumbai, India’s largest city, is experiencing with their neighboring indigenous animals. These wild animals are losing their habitats, forcing them to enter areas of human population in search of food and shelter.

“If you destroy the habitat of wild animals, and it is obviously a problem related to shelter [occuring] with these wild animals, then they go here and there in search of food and shelter…”

If you destory the habitat of wild animals and it is obiviously a problem related to shelter occurs with these wild animals then they go here and there in search of food and shelter So dont destory the nature..preseve the nature in their real form…

Found in sub-Saharan Africa and parts of Asia, the leopard is listed as Vulnerable on the International Union for Conservation of Nature (IUCN) Red List because these leopard populations are threatened by habitat loss and fragmentation.

The leopard population in India has suffered a steep decline in recent years.

It is so sad that humans have overpopulated so much that #wildlife have no place to go. Humans are encroaching on wildlife's habitat suffocating them.#India (& all mankind), get your population under control!!!
Give #wildlife a place to live.

According to the Guardian, the population of Mumbai continues to expand rapidly — its suburbs are straining against the boundaries of the Sanjay Gandhi National Park, which is thought to be home to India’s highest concentration of leopards.

And a new study published last year confirms that leopards have lost 75 percent of their habitat territory over the last 250 years.

Read more about the Leopards of Mumbai HERE, and about their struggle for survival in a shrinking world HERE.