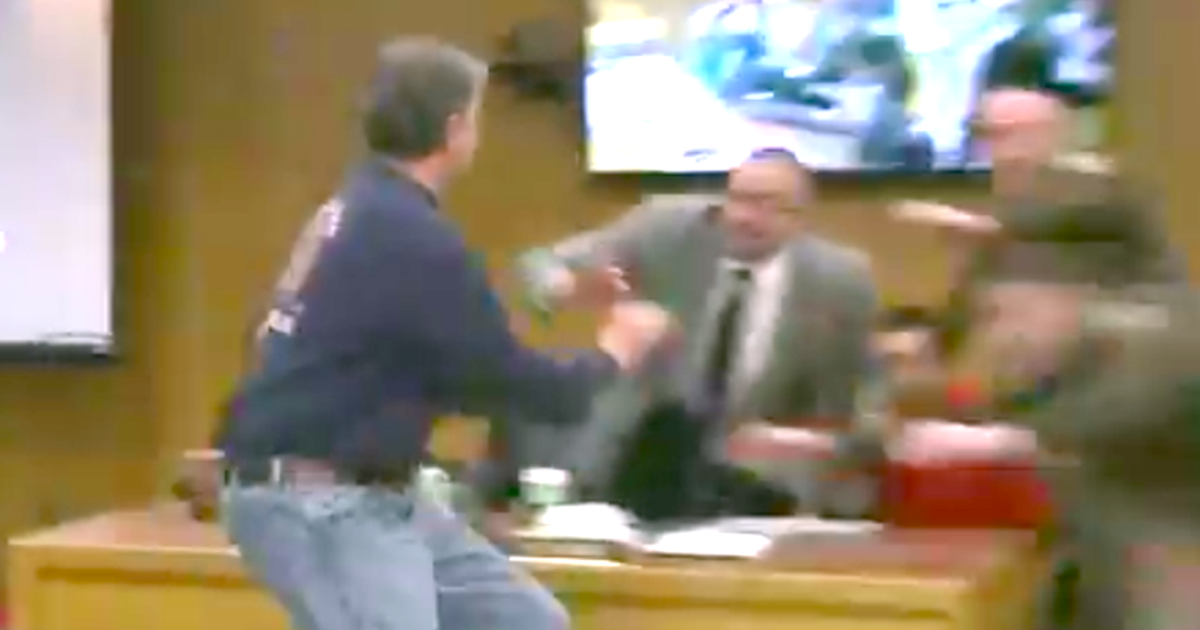 The father of three girls sexually abused by Larry Nassar lunged at the former USA Gymnastics doctor in court.

The man addressed the judge just prior to the attack.

“I would ask you to as part of the sentencing to grant me five minutes in a locked room with this demon,” he said.

He then rushed at the defendant’s table, where Nassar was seated during a sentencing hearing, and was then restrained by bailiffs.

WATCH: The father of victims of ex-USA Gymnastic doctor Larry Nassar lunges at Nassar in court after saying to judge, “I would ask you to as part of the sentencing to grant me 5 minutes in a locked room with this demon.” https://t.co/KltZISbi1m pic.twitter.com/Am0N4gZzsT