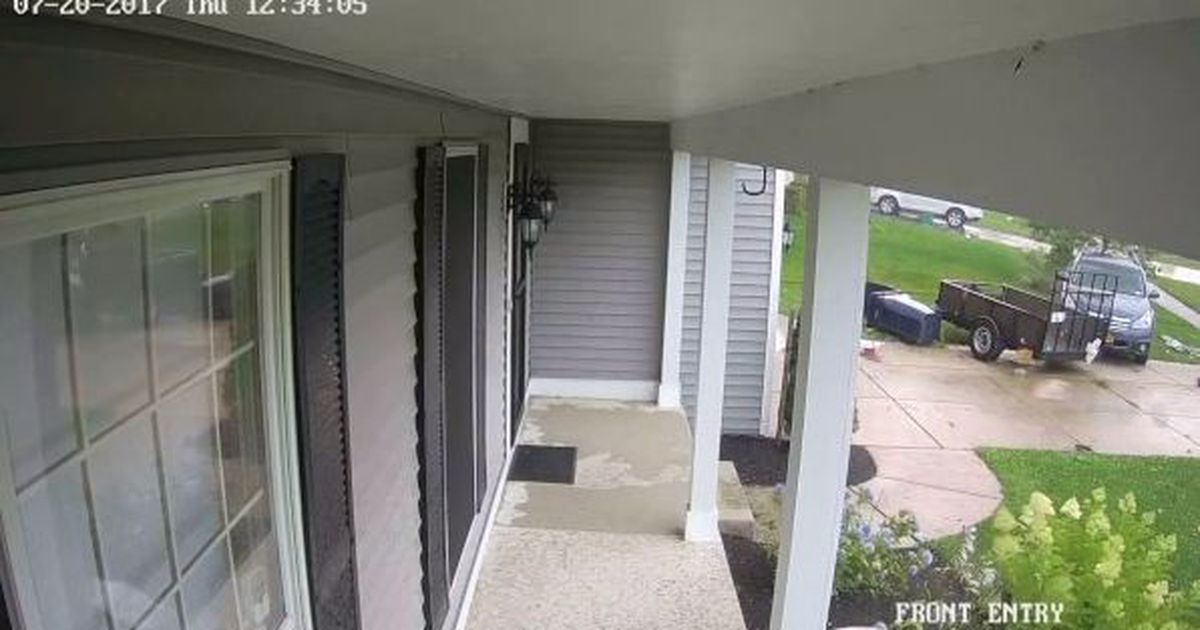 Security camera footage captured strong winds lifting a car clear off the ground in Hamburg, New York, on Thursday, before setting it back down in a new position. It’s unclear whether a tornado did in fact touch down, but either way, this poor car getting tossed around like a tricycle is another example of the incredible powers of Mother Nature.

Another angle of the incident shows what appears to be a funnel quickly moving through the neighborhood as the car is briefly lifted off the ground.