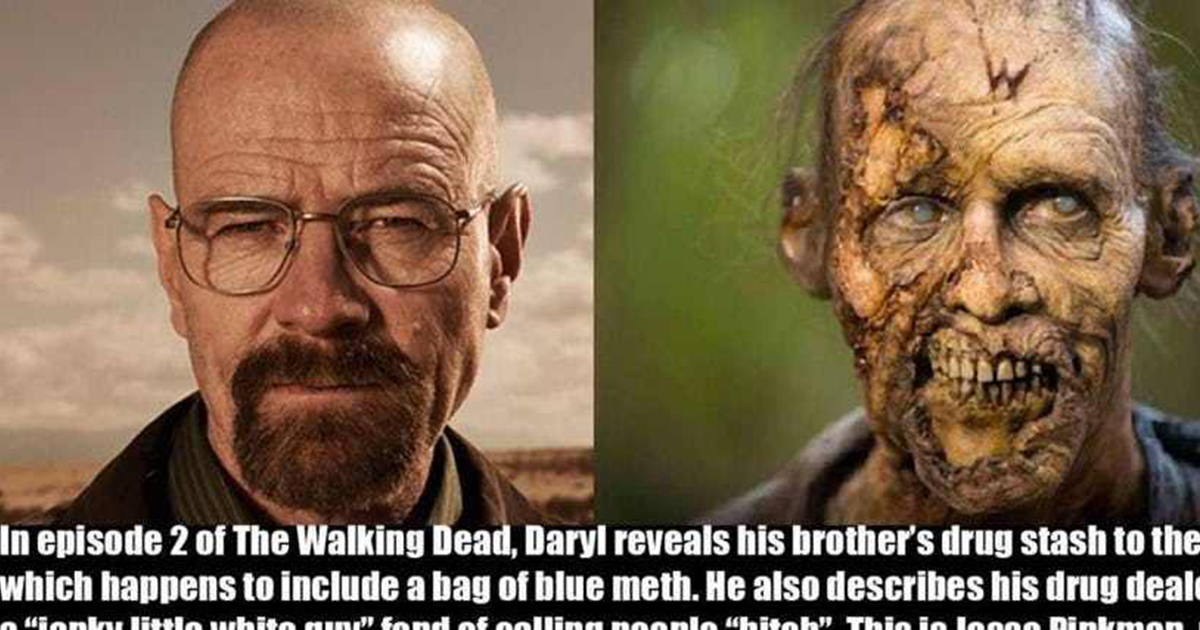 Yes, you read that right – and there are piles of evidence stocked up and ready to prove it.

Shared universes in film and on TV are a dime a dozen. This one is a bit different, though. Not only are these two storylines happening in the same universe – it appears that Breaking Bad might actually be the prequel to the zombie apocalypse that is The Walking Dead.

You’ve probably read far-fetched fan theories before. Don’t roll your eyes yet, however, because this isn’t like that. The connection between AMC’s zombie survival saga with its meth-cooking epic doesn’t just exist in fans’ heads. The clues are all over The Walking Dead, placed there deliberately by the showrunners.


Shocking as that may sound, when you take a deeper dive and pay closer attention, you quickly discover that a little bag of drugs and a red car are actually just the clues you missed that confirm this twisted timeline.

Rather than doubling back to Netflix for some serious binging, you can just give the video below a watch for all the info you need on AMC’s improbable shared universe.