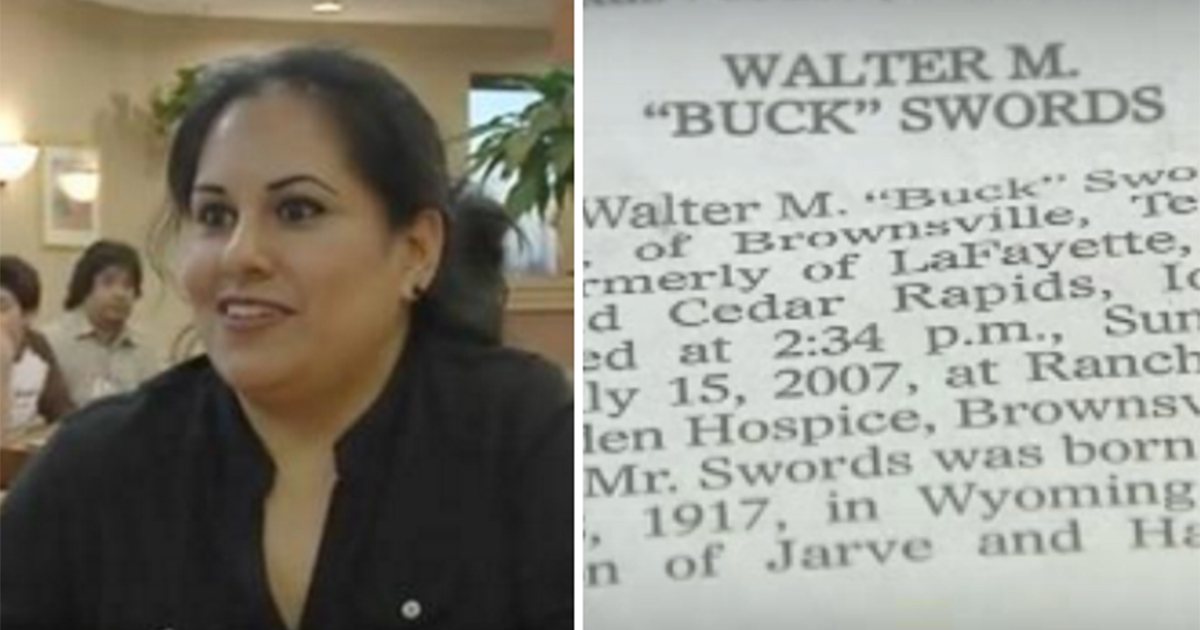 Many people go to restaurants when they don’t want to deal with the trouble of preparing meals themselves or cleaning up afterwards. Yet, anybody who’s ever worked as a waiter or waitress can tell you that your night dining out is far from simple for the service staff.

One of the most difficult aspects about waiting tables is staying cheerful and helpful—even when your customers are being anything but! Melina Salazar had such a talent for staying positive and patient that she was the only person on staff at her restaurant who could handle their grumpy regular, Buck Swords.

Little did she know, her geniality would eventually be rewarded in a huge—albeit bittersweet—way.

As the old saying goes, “Patience is a virtue.” Indeed, most of us are taught from a very young age that we must remain cool and collected, even when life’s circumstances or difficult people seem to challenge us.

For a lot of folks, dealing with elders can be particularly trying on their patience. Older people can sometimes seem “stuck in their ways,” and the fact that they’re not as physically able as they once were doesn’t help.

Even so, it’s important for younger generations to recognize the incomparable value that their elders add to society, as well as the importance of showing them the utmost respect… no matter how difficult they may make it!

Melina Salazar, a waitress at Luby’s Restaurant in Brownsville, Texas, was very popular with customers for her swift and friendly service. In fact, she was so good at her job that she was the only server who could handle the restaurant’s pickiest regular…

Walter “Buck” Swords, an 89-year-old World War II veteran, was well-known at Luby’s for being short-tempered, cranky, and generally impatient with the restaurant’s hardworking waitstaff. At least, that was his reputation…

Despite the way that he treated everybody, though, Melina took his order with a smile. Each and every day for seven whole years, she brought him his food just the way he liked it: piping hot!


Then one day, without warning, Buck didn’t show up to the restaurant. Nor did he come in the next day… or the day after that. Melina couldn’t help but begin to wonder if something awful had happened to him.

Melina was utterly heartbroken when she was flipping through the local newspaper one day. There, she found Buck’s obituary. Though he was known to be crabby, Melina couldn’t help but feel upset at the news. Then, not long after, she received a shocking phone call…

The phone call was about Buck. Melina was confused; she wasn’t related to him in any way, so why would she be receiving a call? That’s when Melina made an unbelievable discovery about Buck in the days following his passing—and it was truly inspiring!

Melina may have thought that handling Buck’s sometimes prickly needs was just a part of her job description—the customer is always right, after all. And as a war veteran, Buck had been through a lot. The least she could do was to be kind to him. Little did she know, Buck took notice…

What a generous act! Even though he had a rough exterior, it turned out that Buck was a good guy at heart, and Melina’s caring nature was not overlooked.

The post Waitress Who Served This Grumpy Old Man Every Day Gets Startling Call When He Stops Showing Up appeared first on Eternally Sunny.