Hollywood’s sweetheart Jennifer Lawrence just taught the whole world a lesson never to touch her dog without her permission. One unfortunate paparazzo who managed to anger the actress was on the receiving end of it all…

As Lawrence was leaving LAX airport with her doggie, Pippi Lawrence Stocking, a paparazzo asked her, “have you been scared off flying private for good now?” The question was in reference to a scary situation the actress found herself in earlier this month when her private plane en route to her hometown of Louisville, Kentucky, had to make an emergency landing due to engine failure.

Lawrence ignored the paparazzo’s inquiry, but then the man made a huge mistake. He saw a puppy walking by the actress’s side, and decided to pat the cute pooch.

Just when he extended his hand towards the dog, Lawrence scooped Pippi into her arms, and said: “Don’t touch my dog you f****** loser.”

Now people are either siding with Lawrence or with the paparazzo. What’s your take on it? Share in the comments below, and remember – whatever you do, do NOT touch Jennifer Lawrence’s dog! Therefore, when a paparazzo tried to touch her dog on the way out of the airport… 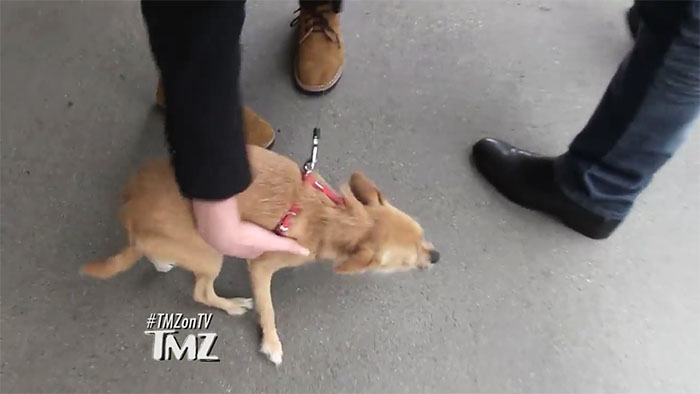 Some people were quick to agree with Jennifer:

Others said she over-reacted, big time