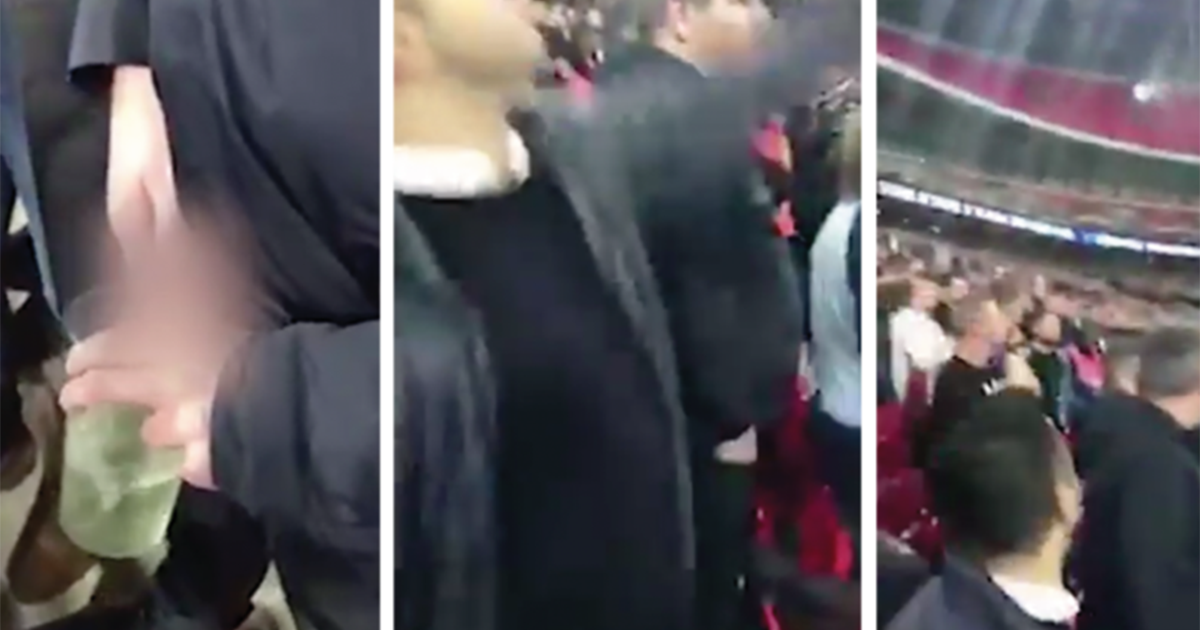 Yesterday was a particularly galling day if you happened to be a Spurs fan, as you saw your team blow a two goal lead against arch rivals West Ham at home and head crashing out of the Carabao Cup. Absolute shambles – maybe you can concentrate on the league now though right?

One Spurs fan took the loss particularly badly though and was determined to get his own back on the West Ham fans who were taunting him by peeing into a cup and then throwing it all over them. Unfortunately for him he was pretty trash at throwing and most of it ended up going all over his fellow Tottenham fans. Nice one idiot:

What an absolute tool. Can’t believe that someone is actually dumb enough to film it and post it on the internet either – chances are that this guy will probably end up banned from all football stadiums for the foreseeable future after this does the rounds and he gets identified.


And it’s obviously not going to take him that long considering these people always get caught, usually within 24 hours. He might even lose his job knowing how things seem to go these days. Unlucky pal.