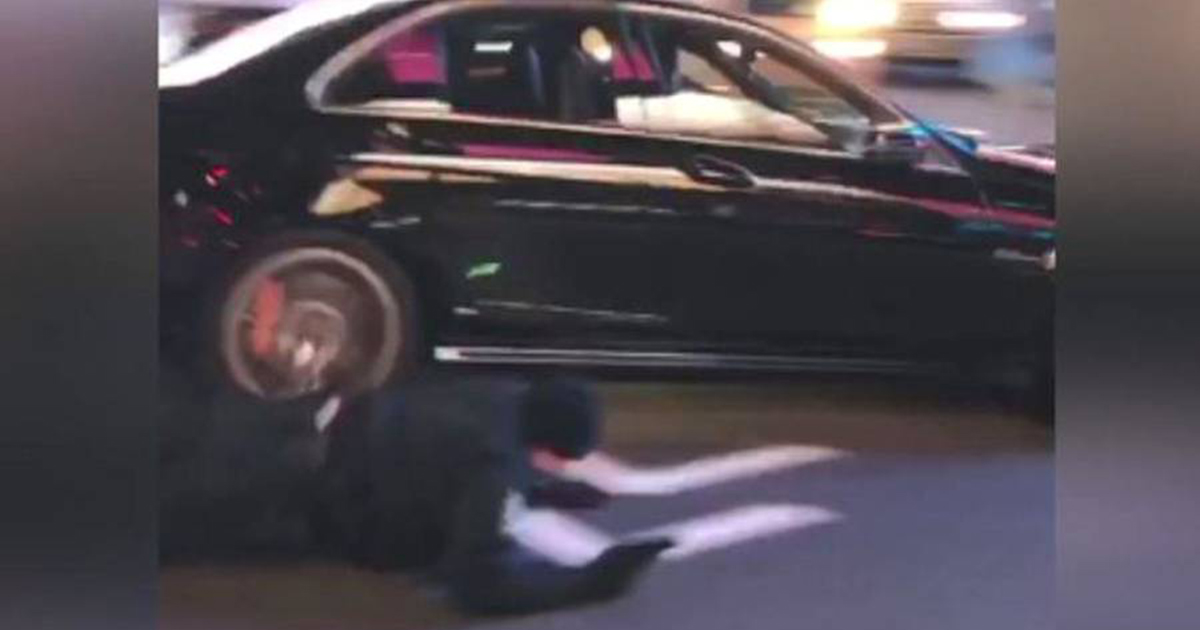 The shocking footage was streamed live.

There’s a reason New Yorkers avoid Times Square at all costs: it is a crowded, crazy, terrible place full of tourists, homeless people, and six-foot-tall Elmos. Here, misery and insanity are the rules, not the exceptions.

Saturday night was no different. Around 11:45pm a black Mercedes-Benz was literally burning rubber through Times Square.

That got the attention of Officer Ian Wallace, who approached the car from the  front at an intersection near 42nd Street, with his hand seemingly on his holster as he ordered the vehicle to stop.

The Mercedes did not stop, and promptly drove through the one-man roadblock, knocking Wallace to the pavement.

The officer immediately got up and began chasing the car on foot through the crowded and yelled, “Get that car!”

The driver ended up getting away after sideswiping several vehicles, according to the man who took the video, Kiefer Dixon.

“That son just sideswiped all these cars,” said Dixon on the video while on his longboard. “He made it outta Times Square.”

Interestingly, Dixon later told the New York Post that he faulted the officer for escalating the situation.

“Before the cop even ended up on the side of the car, the cop had his gun out,” Dixon said. “So now he’s got a cop on his hood with his gun drawn — and cops can be trigger-happy. My thinking? The guy was trying to get the hell on outta there.”


Wallace was taken to Mt. Sinai Luke’s hospital with minor injuries to his back, arms, right leg, and right hip.

Police are still searching for the vehicle and driver. Given the amount of cameras in Times Square and the surrounding Midtown area, the driver’s capture is perhaps only a matter of time.