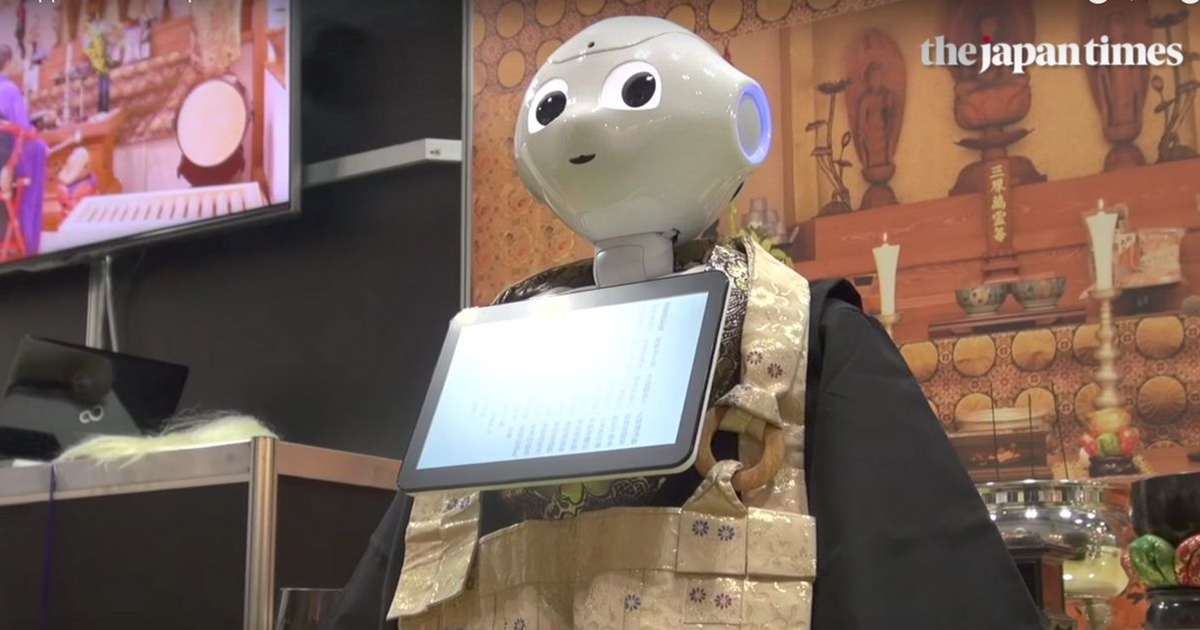 THE FUTURE IS NOW! What if you could have your funeral service delivered by a being who will never die? At this week’s Tokyo International Funeral & Cemetery Show (a must-attend event for funeral directors around the world), Softbank, a Japanese tech company, debuted their robot Pepper’s ability to perform Buddhist funeral rites.

Pepper presided over a faux ceremony, chanted several Buddhist sutras, and wore traditional Japanese funeral garb. Normally the role would be held by a Buddhist monk, but Japan’s Nissei Eco developed this program in the event that a human practitioner was unavailable or a family couldn’t afford the regular price (a robotic funeral service costs about $450 vs. the thousands which a traditional service typically demands).

In Japan, it may soon be possible to have adorable Pepper robot instead of a priest at your funeral. You're welcome. https://t.co/P0hI7VjJHr pic.twitter.com/wODIyFdRx4


Yes, it’s a little bit creepy – we can all see that. But Pepper’s a little less off-putting when she’s not wearing her funeral garb.

Pepper has been all over the world, gaining notoriety as the “emotional” robot. Though advanced, she’s also proof that robotics still have a long way to go, as this clip demonstrates:

She’s called the “emotional” robot because Pepper is the first robot capable of recognizing the main human emotions:

Who knows? Perhaps by the time we pass away, it will be more normal for a robot to perform your funeral than a human! Fingers crossed Pepper will have plenty of time to practice before we find out.