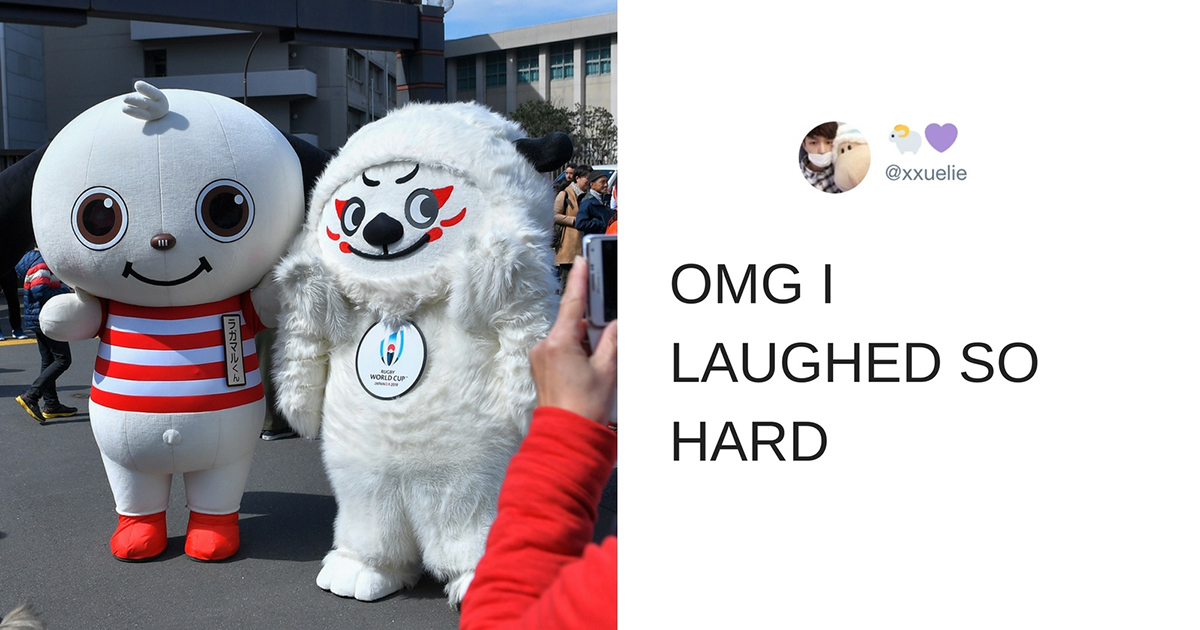 The world is a hard place, but sometimes a tiny ray of light shines out of the internet and into our lives, making everything a little bit easier. On March 29, for instance, Twitter user @xxuelie posted a video of two mascots jumping. It may sound simple, but the pure delight caused by one of the mascot‘s mishap has earned it over 256k retweets and 470k favorites.

For full effect, the video should be watched with the sound ON.

And, believe it or not, things could have gone worse.

@xxuelie may not have expected the post to go as viral as it did. After posting the video, she spent the next several tweets plugging her favorite K-POP groups.

But, in strange way, this only adds to the innocent joy of the original video.

Twitter brought their best reaction GIFs to the table:

There was also some sympathy for the unfortunate bear!

@xArianatattoo I lost my head 😂this would happen to me 😂

Now, we can all return to our day knowing you should never jump while you’re wearing a mascot costume