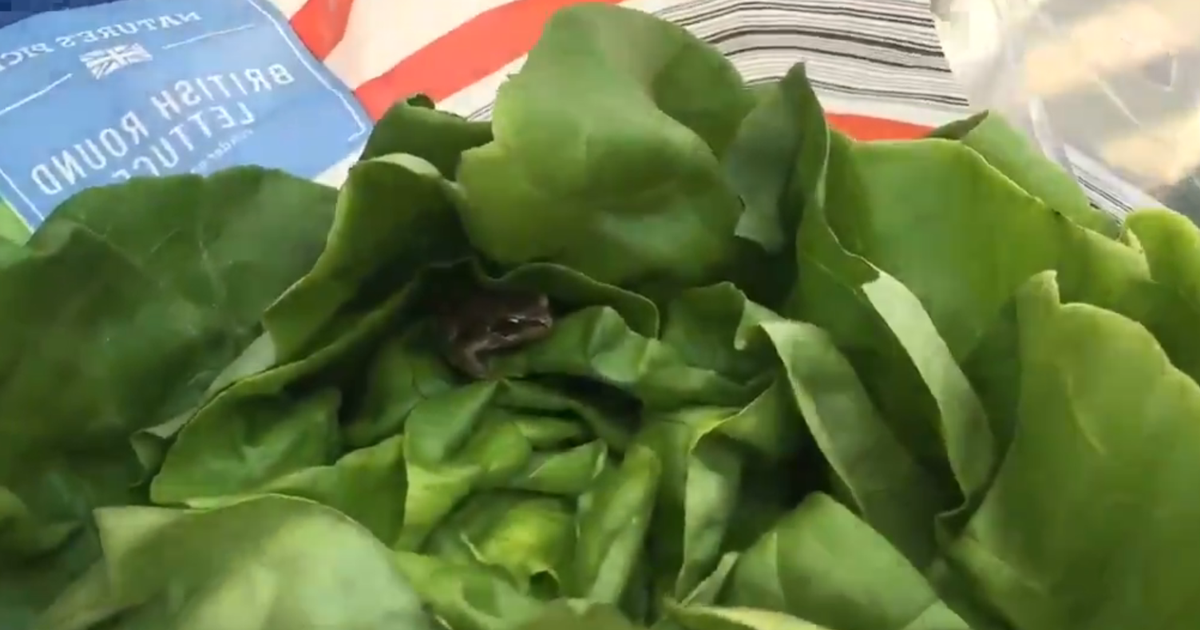 It’s never nice to find something you didn’t expect to see in your food, but it’s probably even weirder when you find something alive and kicking in the food you’re about to dig into because it’s probably going to make you lose your appetite pretty promptly. Especially if you’re a vegan.

Unfortunately, this was the situation that 37 year old vegan Shevaughan Tolputt found herself in last week after buying lettuce from Aldi. Upon taking it home and opening it up – probably to make one of those nice delicious vegan salads we’ve heard so much about – she discovered that there was a little frog hiding in it.

Here’s what Shevaughan had to say about it:


I saw something move and there was a little pair of eyes looking back at me. He was really little. I shouted to my husband and he put him in a tupperware container.

He was fine. He didn’t seem unwell. Hopefully having him in the fridge for a few hours didn’t harm him.

I’m glad that I found him and I know he’s somewhere safe. I spoke to the Aldi customer service team and they are looking into it.

As it’s an open product they do not know at what point it got into the production line. They have said they will monitor the situation.

Doesn’t sound like she was bothered that the frog was in her lettuce at all huh? Typical vegan.

I like that Aldi said they were going to ‘monitor the situation’ as their solution to this problem. What does that even mean? The frog has been let out into the wild at a local stream and the situation is over. It seems pretty unlikely that this is ever going to happen again – it’s literally the kind of dumb event that has a one in a million chance of happening – so they’re pretty much saying that they’re doing nothing. Classic response.