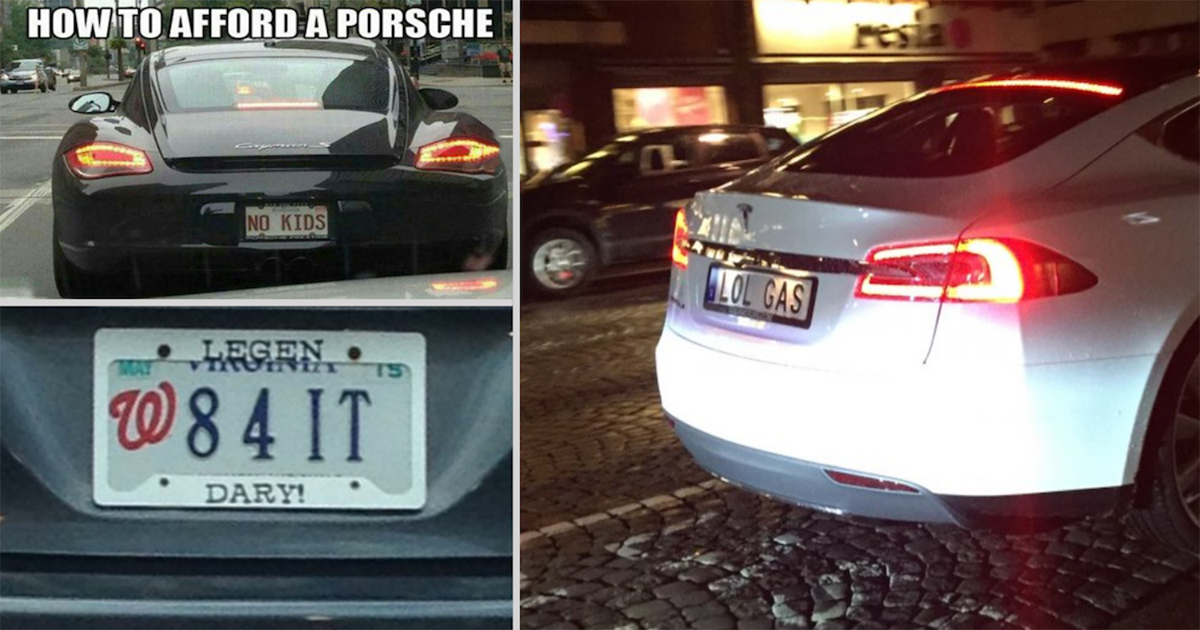 Most of these are easily understood, one or two are pretty tough. They’re mostly pretty damn creative, though, because we screened all of the crap *for you*! Well, most of the crap… But, how many of *you* have vanity plates? Go on, be honest. Isn’t it just a little weird? Kinda similar to the 40-plus-caucasian-dude-not-in-the-music-industry-still-wearing-a-soul-patch-weird, ya know? It’s basically a #weirdbeard for a car. Like, “not that big of a deal, we’re not crossing the street, but we still don’t want them near our kids unsupervised” vibe that permeates the Men’s Cologne counter at a department store on a Thursday before the lunch rush.

Vanity Plates Are Like Mobile Billboards. For Hilarious Douchery.

CONTINUED ON NEXT PAGE