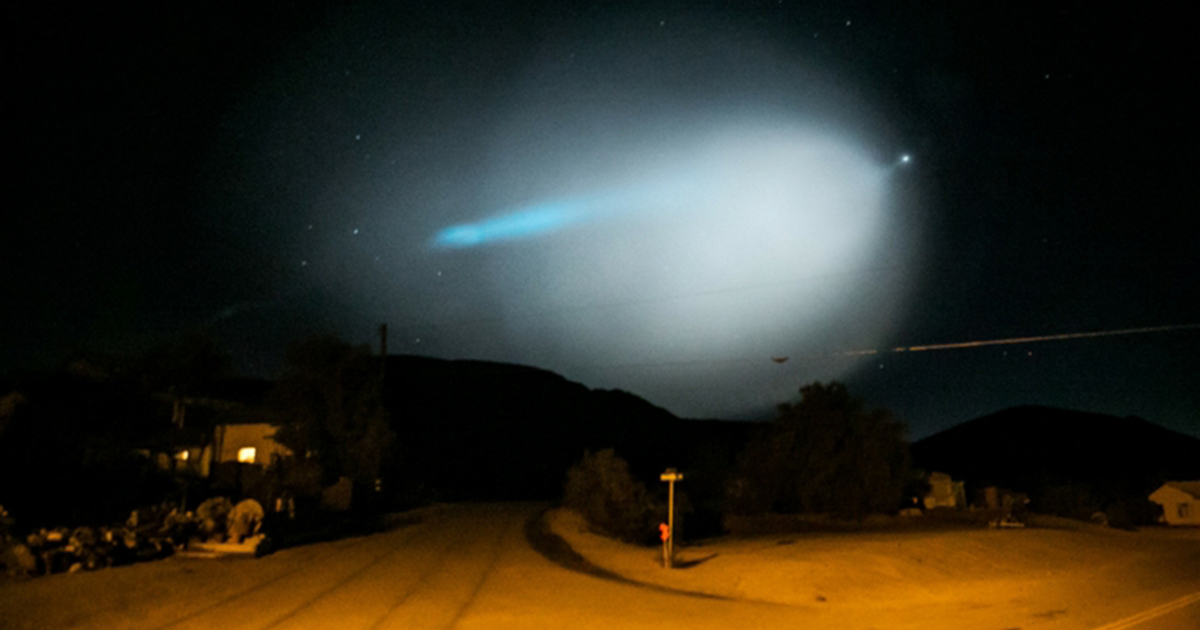 In a 2004 video released by the U.S. Defense Department, two Navy F/A-18F fighter jets tailgated an identifying flying object hurtling off the San Diego coast that experts believe was not of this earth.

Two pilots can be heard exclaiming “Look at that thing!” and “It’s rotating” at the object’s maneuvering of law-defying physics. U.S. military pilots have been reporting such unexplainable phenomena of UFOs for decades and remain to be a disarming sight.

One of the pilots was retired Cmdr. David Fravor, who described the object as a “40-foot-long Tic Tac.”

“What we are looking at is truly beyond next-generation technologies,” said a military intelligence official who ran a little-known government program investigating UFOs that was largely ignored by the Defense Department. He believes there is alien existence.

Luis Elizondo ran the $22 million-budgeted Advanced Aerospace Threat Identification Program from the Pentagon’s C Ring before the Defense Department shut it down in 2012 over funding issues. He continued to work for officials from the Navy and the C.I.A. before recently resigning in October.

However, the program continues to exist as much as those purported green little men by an anonymous successor to Elizondo.

“My personal belief is that there is very compelling evidence that we may not be alone,” Elizondo told CNN’s Erin Burnett OutFront in an interview.

“These aircraft — we’ll call them aircraft — are displaying characteristics that are not currently within the US inventory nor in any foreign inventory that we are aware of,” Elizondo said, referring to the flying saucers.

He classified the characteristics of technology that doesn’t exist in our world.

Things that don’t have any obvious flight services, any obvious forms of propulsion, and maneuvering in ways that include extreme maneuverability beyond, I would submit, the healthy G-forces of a human or anything biological.

According to the New York Times, the secret UFO program was funded by Democratic Nevada Senator, Harry Reid, in 2007. “I’m not embarrassed or ashamed or sorry I got this thing going,” Reid said in an interview in Nevada. “I think it’s one of the good things I did in my congressional service. I’ve done something that no one has done before.”

But Ryan Alexander of Taxpayers for Common Sense is incredulous when it comes to the existence of alien life. What he does believe in is the fact that the program was a waste of money. Alexander told CNN’s “The Situation Room”:

It’s definitely crazy to spend $22 million to research UFOs. Pilots are always going to see things that they can’t identify, and we should probably look into them. But to identify them as UFOs, to target UFOs to research — that is not the priority we have as a national security matter right now.

Although there are skeptics, the released footage generated a handful of excitement at the prospect of something that was out of this world.

How is everyone not losing it over this Pentagon UFO report and footage?! pic.twitter.com/bO7pYqDxQj

Ladies and gentleman, boys and girls…all these years I've been passively taking all the jokes and critics>> HA! Thank you for posting this Giorgio! I can finally exhale a sigh of relief…and to all that made fun of me since 1985…read this one ladies!

I love to entertain conspiracies from time to time. This should be a fun show!

It didn’t take long before the UFO footage was politicized.

It might be a better life if the Aliens did take over. It would be better than what we have right now. Isn’t anything better than T****?

The current administration is so bad they have to release UFO footage as a distraction. Because it's so bad this doesn't even faze the American people. LOL

Build a wall around the sky to keep aliens out

Not buying what they’re selling. Why are all pics of UFO’s and Bigfoot blurry and difficult to see?

Fly on the camera lens, mark my words.

The post WATCH: US Department of Defense Releases Video of UFO appeared first on Comic Sands.