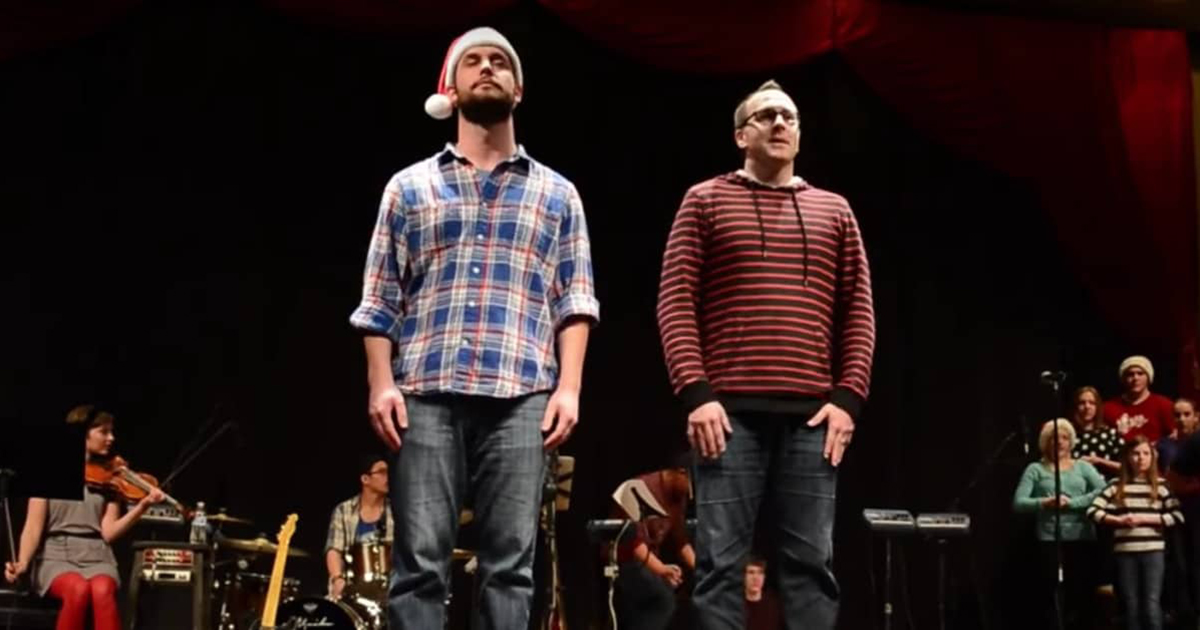 You’ve heard ‘The Twelve Days of Christmas’ numerous times, but you’ve never heard it like this before. Or seen it like this, for that matter.

‘Tis the time of year when Christmas cheer is spread everywhere. You will have probably heard the same old Christmas songs over and over again by now, and it’s only early December. So when these two men were asked to do a performance at church, they decided to put their own spin on a well known holiday song.

Asking the children’s choir to accompany them in their Christmas skit, they set about choreographing a routine that the congregation wouldn’t forget in a hurry. Church service has never looked so fun!

As the choir sings ‘The Twelve Days of Christmas’, the two men put on a comedic portrayal for the congregation that leaves them howling with laughter from their seats. Acting out moments such as “six geese a-laying” and “eight maids a milking”, their actions are thoroughly entertaining, getting even more funny with each passing verse.

The men are running around the stage so much that by halfway through they are exhausted, but churchgoers urge them on with words of encouragement, excited for the climax. Their comedy skit gets more hilarious as it goes on, culminating in a final verse that has the congregation on their feet.


Watch the video for yourself to see their hilarious performance and enjoy their infectious spirit. They certainly knew how to spread good cheer to their congregation at this most-festive time of year!

If you found this video as funny as us, be sure to leave your opinions in the comments below and share with your friends.