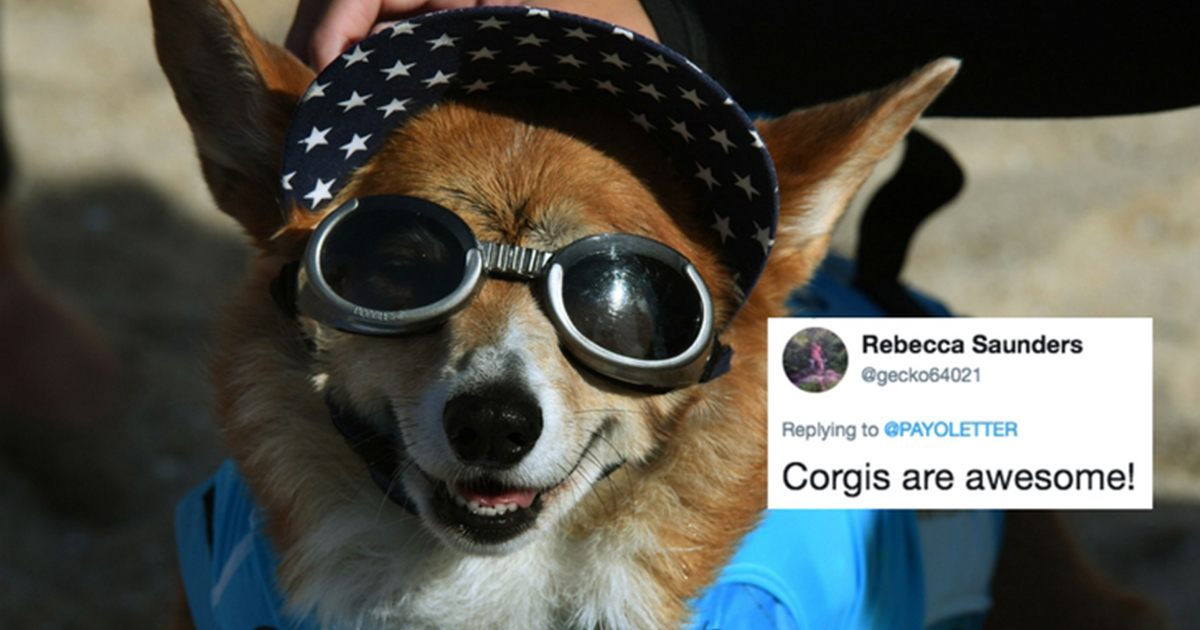 Anyone who owns a pet knows what an endless source of entertainment they are.

Dogs especially are often like manic children, wearing their hearts on their sleeves and giving us all the feels in the process.

And nothing sums up the human-canine emotional connection quite like a corgi. The adorable, short-legged love bugs are popular around the globe. Even the Queen of England herself has made the corgi her royal pup of choice since she was 7-years-old.

Which makes sense, considering the Welsh roots of the breed:

So, leave it to our beloved corgi companions to perfectly sum up some key human emotions.

Twitter user Rae Paoletta decided to take us all on a journey through the gamut of emotions we humans encounter on a daily basis. And she only needed GIFs of corgis to do it.

First, of course, is “joy,” which corgis are very good at expressing:

And then things take a dark turn with “anger:”

Never get between a corgi and a head of lettuce. Noted.

Next up is “fright,” and we feel for this little guy:

And then comes “surprise,” which has a little bit of “curiosity” mixed in with it:

And then, naturally, an all-encompassing and debilitating “sadness,” which this corgi has down pat:

And you couldn’t have a list of emotions featuring our beloved canine companions without “love:”

That is definitely a whole lotta love right there.

Paoletta even includes a “bonus” emotion of “peaceful,” which is exactly how our souls feel after her enlightening and entertaining thread:

The thread quickly picked up steam on Twitter, and dog lovers everywhere chimed in with their own corgi GIFs:

Is defiance an emotion? pic.twitter.com/uCP9P3DLCW

This gif completes my life… pic.twitter.com/kXAg13Y8id

Our day is officially brightened:

At this moment I believe you are the best human on Twitter.

This thread is beautiful and I love it and you are a delightful human.

Our gratitude would best be described using a corgi GIF, of course:

The post Twitter User Has a GIF of a Corgi for Every Human Emotion appeared first on Comic Sands.