As all mildly vain high school seniors know, senior portraits are critical. They are the lasting impression you leave before departing for “the real world” — and TBH, they document what you look like at what is probably your body’s peak.

One photogenic student named Alexis opted to take her photos in front of a graffiti wall. We understand the location choice; it’s colorful and artsy and allows for all kinds of wall poses.

The teen’s senior portrait was photobombed by a green graffiti penis. 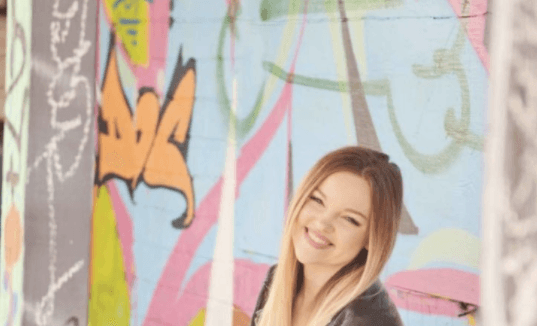 Frustrated that no one bothered to point out the unwelcome she tweeted the photo.

oh so no one was gonna tell me there was a big ass penis behind my head for my senior pictures??? pic.twitter.com/BTipCBB2Hl

“No one was gonna tell me…” she wondered of the “big ass penis” in the background.

Perhaps the photographer thought she was going for a different aesthetic. And what better way to ensure immortality among your peers? TBH, we sort of want to be remembered that way at the 50-year high school reunion.

Alexis got a huge wave of support from Twitter. Apparently this happens a lot. Who knew that every kid wanted a picture in front of pornographic graffiti walls?

@alexisboatfield i can relate, my hand is on one in mine ?? pic.twitter.com/0JuAsESkHr

@alexisboatfield I had one in the background of mine ?? pic.twitter.com/29sThsGVHJ

@alexisboatfield don’t worry girl. I have one coming out of me pic.twitter.com/u1XEhKB0CL

We can only hope that some of the ‘solidarity’ posts were faked by trolls… Because these are just too obvious.

Things actually turned out okay for Alexis, as some benevolent Twitter users took pity on her and photoshopped the portrait — and she was, finally, the star of the photo.

@alexisboatfield ??? here’s a photoshop fix for what it’s worth pic.twitter.com/HsbGvpbPP6

One Twitter user had a more permanent solution to this widespread issue.