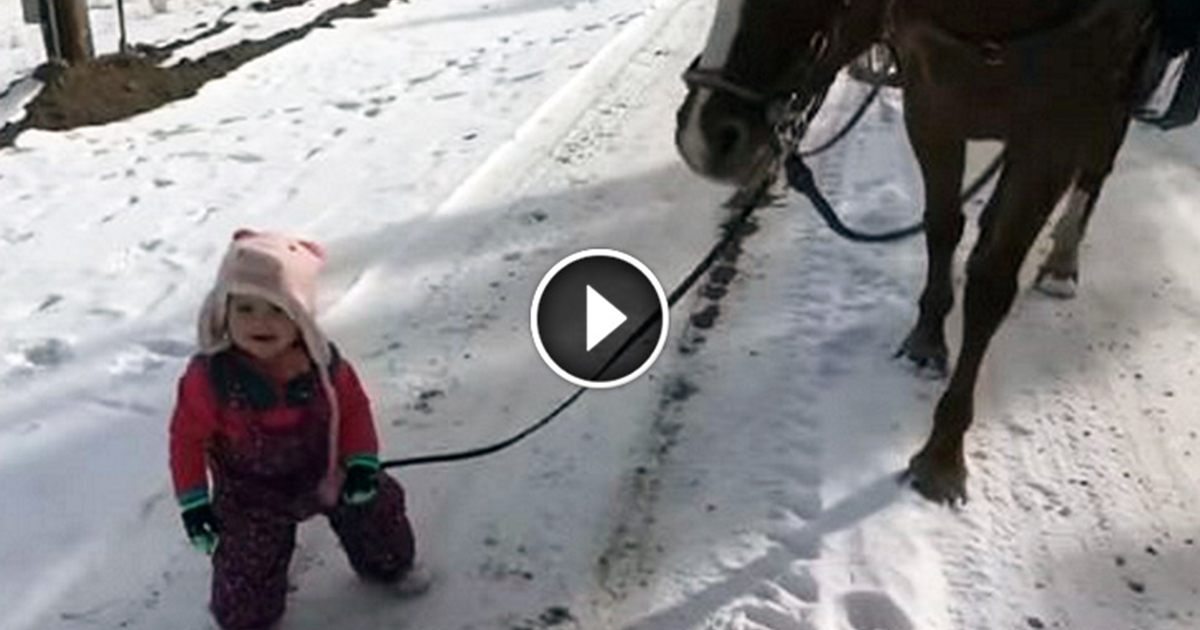 Emma may be a tiny girl, but she has a big heart. Such a big heart that she has love for a giant horse named Cinnamon. On one fine Winter morning, Emma and Cinnamon went on a walk together.

Emma’s father captured the tender moment in the video below. The way Emma stumbles around is so adorable, and Cinnamon’s patience with her is very sweet.

It almost appears as if the horse realizes there is a problem before anyone else! That’s why Emma and Cinnamon taking a walk together is about the cutest thing.

The interaction that this horse and little girl have is too cute! And I’m not the only one who thinks so, considering the video has earned over 4 million views and countless comments cooing over how heartwarming the two are!