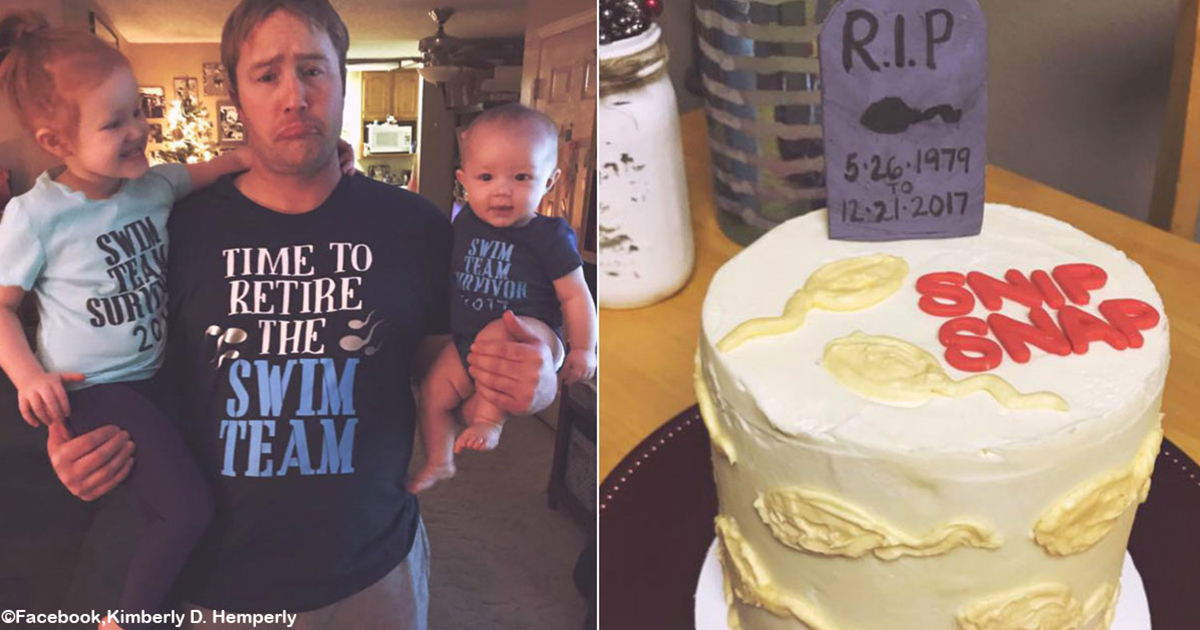 It pays to have a partner with a sense of humor, and Kimberly Hemperly of Washington state definitely falls into that category. The mom of two surprised her husband Jason with a big ol’ party when he decided to go under the knife to get snipped (i.e. have a vasectomy). Kimberly explained the situation in detail:

“Balls Voyage.” I love it! The snacks for the party were all, ahem, genital-themed. Some extra tender beef jerky, Ding Dongs, and Milk Duds all allowed for some great ribbing of dad Jason.

And, of course, there had to be a bowl of smoked wieners and meatballs.

Jason and the kids were presented with hilarious, custom-made t-shirts for the occasion. Kimberly said, “My husband was surprised by the party. He didn’t know I was planning anything until he got home from work Sunday. He thought it was hilarious.”

And no party is complete without a cake bearing a special message:


People on Facebook loved the party, but warned Kimberly and Jason that a vasectomy doesn’t always work 100% of the time.

And one lady said she’d never throw her man a party.

Because this story has been so popular, I have a feeling this kind of party is going to be the hot new thing…

The post This Wife Threw Her Husband a Hilarious Vasectomy Theme Party for Getting the ‘Snip Snip’ appeared first on did you know?.