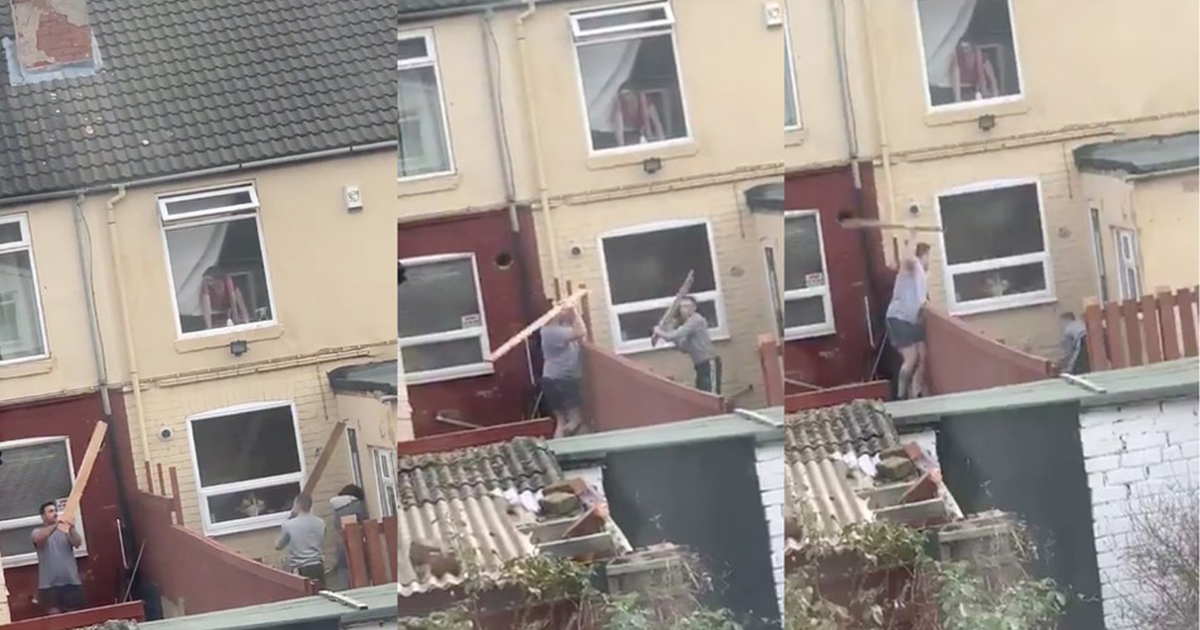 
Morning routines usually call for a spot of coffee, not wooden planks hurtling through the air.

But Twitter user Taran Stokoe was awakened at 8 a.m. by the peculiar sound of his nanna’s neighbors throwing wooden planks at each other. A good old-fashioned plank fight…

No need for an alarm clock at my Nanna’s house this morning when you have plank wars going off at 8am pic.twitter.com/rJH37JiKox

It begins as a battle between two men, but then a woman jumps in and briefly attempts to referee before pulling a 180 and starting to hurl planks and other unidentified flying objects along with her housemate. You can’t hear what’s being shouted, but we’re almost positive they aren’t over-the-fence pleasantries.


Another neighbor watched from an upstairs window and even a cute little dog came to check out the action.

It’s unclear who won this duel, so we’ll call it a toss-up for now.