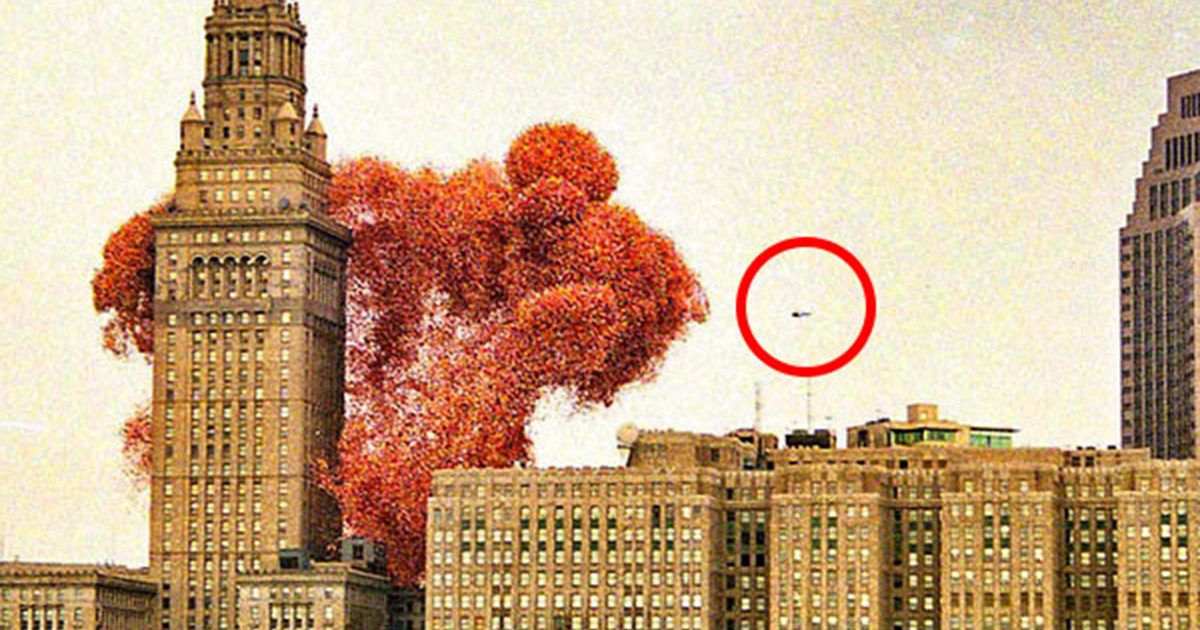 In 1986, organizers with United Way of Cleveland thought they had the perfect idea to generate a little publicity and create a beautiful spectacle in the process. With a crowd of volunteers working all hours, they filled 1.5 million helium balloons, and released them all at once. Unfortunately, they had no idea the terrible consequences they would unleash by doing so, and their tragic mistake led to the deaths of two people and millions of dollars in damages through lawsuits.

In 1986, the United Way attempted to break the world record for balloon launches, by releasing 1.5 million balloons in downtown Cleveland, Ohio.

Volunteers worked for hours filling balloons with helium under a giant net. When the net was released, the balloons rose to the sky.

The massive balloon cloud blossomed over the city, almost like an explosion of color.

It was supposed to be a triumphant publicity stunt, but unfortunately, it was about to go terribly wrong.

A storm was moving in from the Great Lakes that day, and the winds pushed the balloons back down over the city.

With nowhere to go, the sky was filled with an impenetrable cloud of balloons.

Tragically, two people died when Coast Guard helicopters were unable to reach their overturned boat. They simply couldn’t fly in the skies filled with 1.5 million balloons.

The crew of the coast guard search and rescue helicopter said they felt like they were flying through an asteroid field.

When they finally got off the ground, they were searching for the heads of the drowning victims, but couldn’t tell the difference between them and the balloons that covered the surface of the water.

In one case, a woman’s horse was so spooked by the balloons, it seriously injured itself, and the owner sued for $100,000.

The whole event was supposed to be a fundraiser for charity, but ended up costing the city millions in lawsuits, and created cleanup headaches for weeks.

To get a sense of how the day felt, watch this video clip of TV news footage taken on the day of the Cleveland Balloon fest in 1986.


While the sight of 1.5 million balloons rising to the sky must have been an incredible sight to behold, the outcome was far from what they had intended. Two deaths, millions in lawsuits, and a devastating environmental impact.

It’s a tragic lesson, but definitely a cautionary tale worth sharing.