Unfortunately, nothing in our personal lives seems quite as epic as what goes on in the Seven Kingdoms, except maybe the highs and lows of our personal romantic relationships. They mean the world to us, even when we’re convinced we “don’t care” that much. So it’s best that we treat everything we do in these relationships quite seriously.

That doesn’t mean you can’t have fun, but it’s best to be mindful of just how severe you’re being with your pranks, something I’ve learned the hard way myself.

And so did this guy, who set up a pretty brutal Valentine’s Day prank for his girlfriend, 21-year-old Marie Kerr.

turtle neck jumpers help hide my seven chins and I love them pic.twitter.com/sLlOhdexsi

She shared the savage screenshots of her Valentine’s day conversation with her BF.

It all started off so promising. This guy was dropping hints that he was taking his lady on a romantic getaway to Paris and Barcelona. Sounds pretty incredible, right? 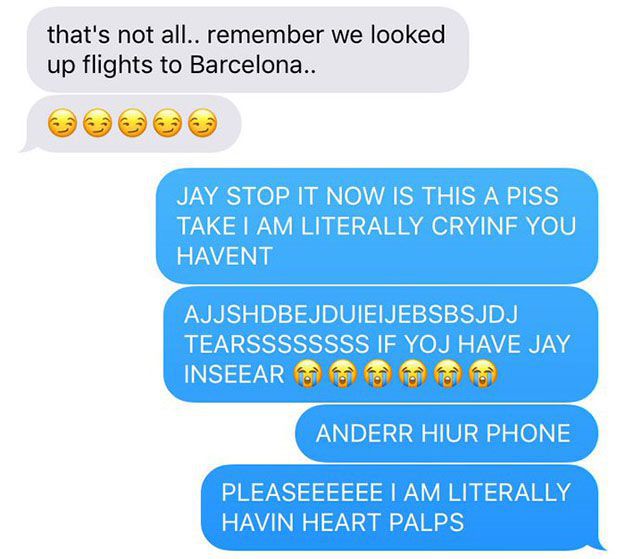 Well, technically he wasn’t lying, but that doesn’t mean it wasn’t a super mean prank to pull. 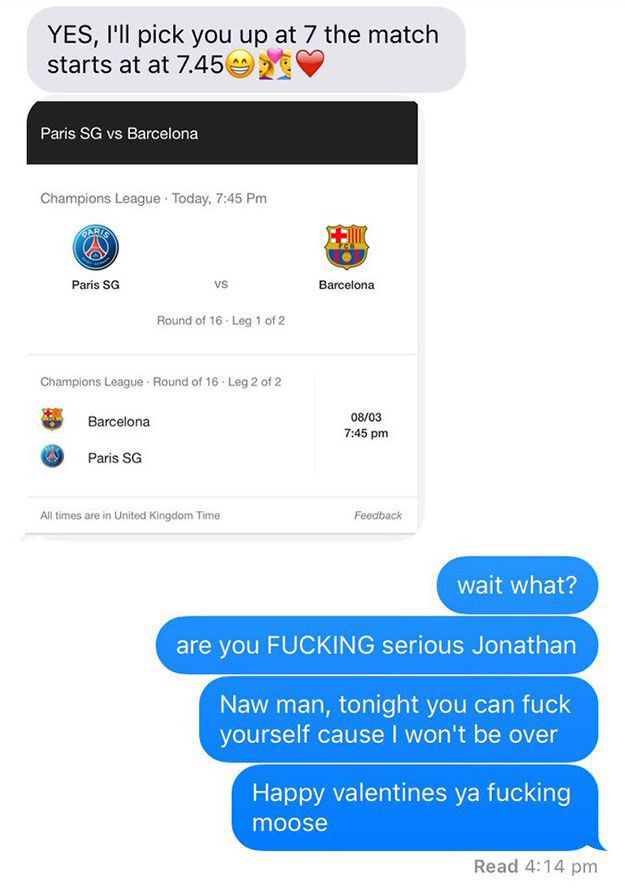 
Marie’s response to the whole thing pretty much says it all.

this boy is getting smacked into 2018 when I see him pic.twitter.com/zos9eVVzWw

Some who even said that it was time to leave her BF behind.

But she took it all in stride and confirmed that she’s happy with her BF.

I love my boyfriend. I am grateful for everything he does. I am lying beside him, happy & in love. ?

Even if that gag was pretty vicious.