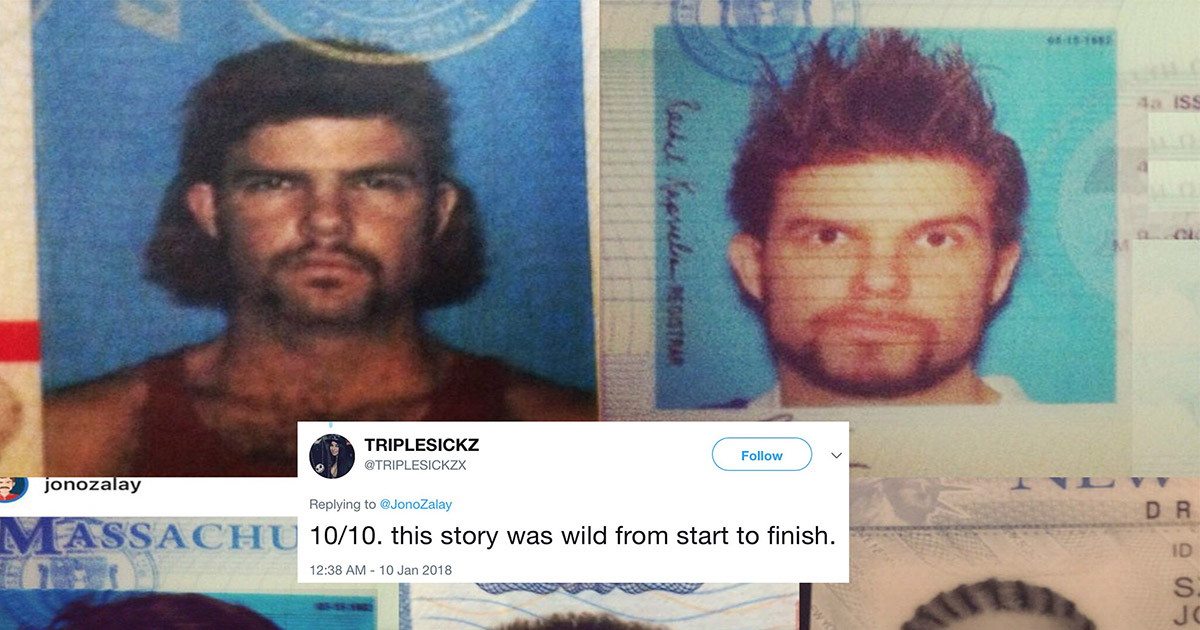 We all have some weird family traditions. For a guy named Jono Zalay and his family, it’s posing for driver’s licenses, college ID cards, passports, and other “official” picture-requiring pieces of identification as characters. Zalay’s father started the trend decades ago. With some good choices in hair, clothing, and facial expressions, old man Zalay posed for photos as a “mafia hitman, lumberjack, and civil war general where he shaved his beard into burnsides.” Hey, it’s a great way to make a long wait at the DMV at least somewhat interesting.

Jono Zalay is a comedian, and one of the places he does his comedy is taking after dad, and making crazy drivers licenses. He recently documented his past looks on Twitter (as well as his brother’s), amid his latest quest to find a good character when he needed to get a new license after moving to California.

Where do I get my ideas for my driver's licenses? Who are you, the government? Because now you'll never get my very sane ideas! pic.twitter.com/9oK5z3te7E

Recently moved back to California and had to get a new drivers license. This is my story (thread)…

My family has a tradition of being officially documented as by the government as characters, because they don't know we're not those people. My dad started this tradition in the 70s. Here is my brother's latest: pic.twitter.com/gtcYbgdTt3

I have had several over the last couple decades and states… pic.twitter.com/uer0u7B9jn