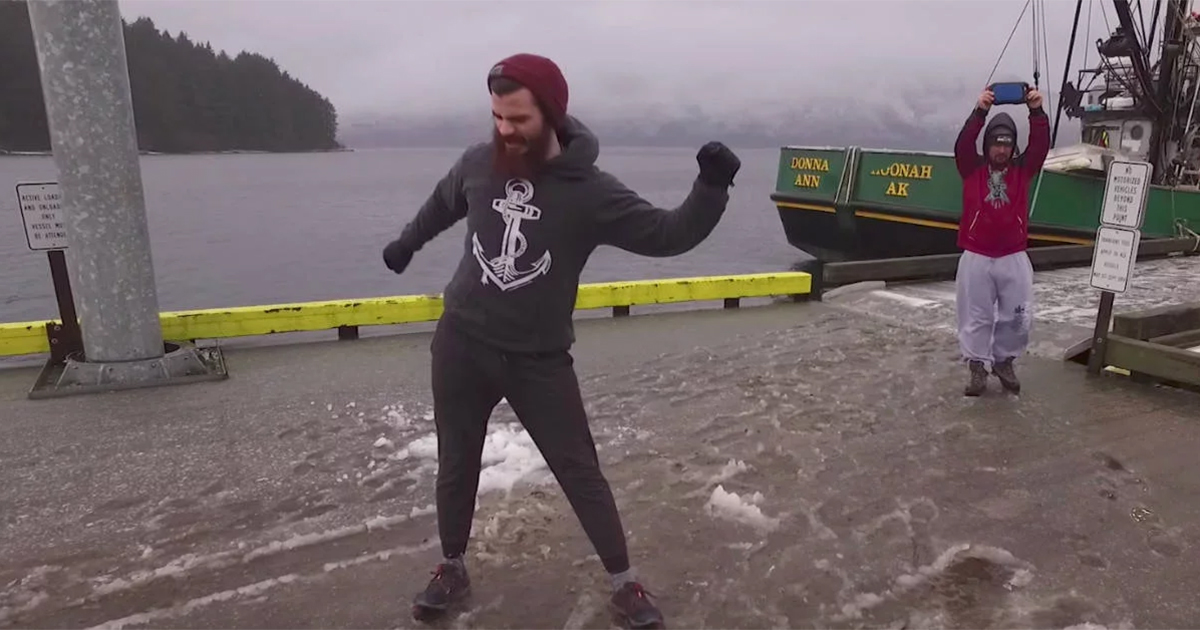 We’re always told to ‘dance like nobody is watching’ and this fisherman really took it to heart. Although he clearly wanted everyone to see his fab moves…

With his trusty sidekick holding up a boombox so that he can hear the music, the bearded fisherman embarks upon an improvised dance number that lasts the entirety of Alicia Key’s song ‘No one’. And the video is nothing short of brilliant!

Dancing his way up the snowy boardwalk, the fisherman gets progressively more in to it as the song goes on. He looks like he’s having the time of his life as he embraces the beat and shows off his impressive moves. At one point he even gets so carried away that he slips and epicly falls over on the deck.

But nothing is going to kill this dancing dude’s vibe. After a moment of scrambling to his feet and recomposing himself, he jumps straight back into his energetic routine with even more gusto. Major kudos to his assistant too who holds up the boombox throughout the whole 5 minute number!

If you thought this video was as enjoyable as we did then please leave your thoughts in the comments below.