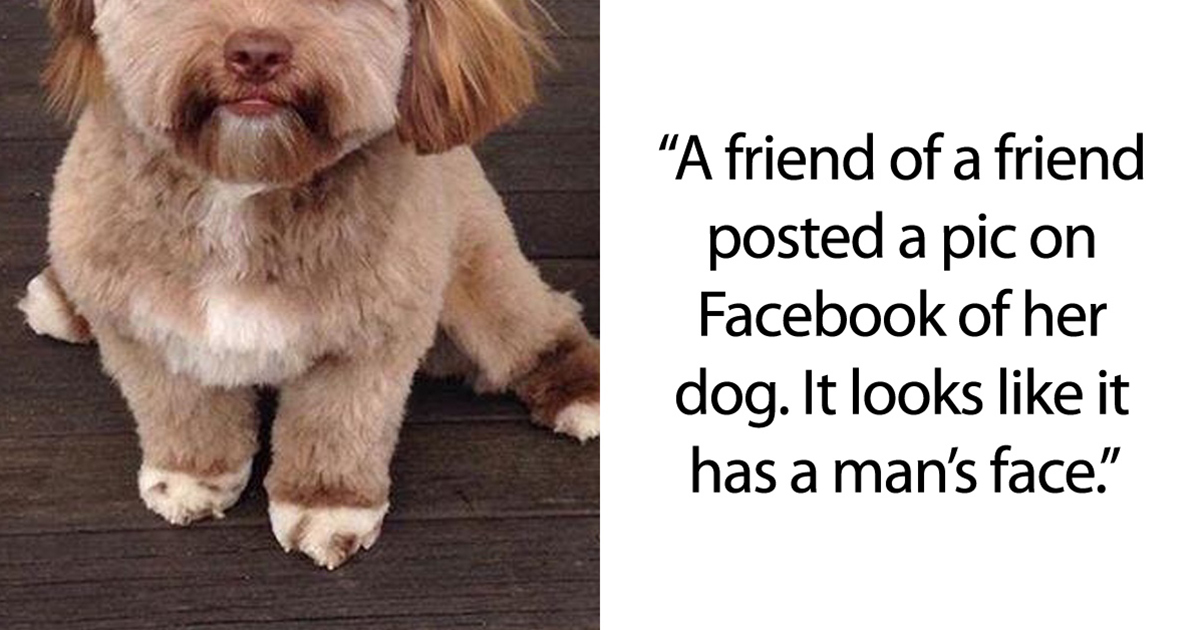 Many dog owners already treat their pets like little, furry humans — but what if their pup’s facial features actually resembled that of a human? Apparently, a dog with a human face is a bit too Uncanny Valley for most people: one Redditor recently shared a photo of a dog which bears a remarkable resemblance to a man, and people are utterly disturbed.

That said, there’s a big difference between a dog sporting a jaunty, human haircut and a dog who looks like it contains the very soul of a human.

Redditor emceegrath recently shared a photo of an acquaintance’s dog, which was shared to Facebook, and it’s immediately obvious that this pup is more man than beast. Specifically: it has the eyes and mouth of a human.

The Reddit community found the dog to be both cute and … off-putting.


“Before reading the title, I thought it was a face swap, but I didn’t understand why the dog face wasn’t swapped, and why the human face had hair on it. Reading the title realizing it is an actual dog makes me feel even more confused, and somewhat afraid,” confessed Redditor finsareluminous.

“I laughed, then I got uncomfortable, now I’m rocking back and forth desperately trying to convince myself it’s just a face swap,” JayLB admitted.

Other people were delighted and curious about the dog’s unusual visage.

One eagle-eyed Redditor even noticed that the dog bears a striking resemblance to iconic Mythbusters host Jamie Hyneman, and helpfully offered this visual as proof:

I think the evidence points to one of two conclusions: either this pup just happens to possess some exceptionally manly features, or he’s here to harvest your soul.

The post This Dog With An Unsettling Human Face Is Making People Do A Double-Take appeared first on Woke Sloth.